For over 10 years, Notre Dame student government has organized “Back... 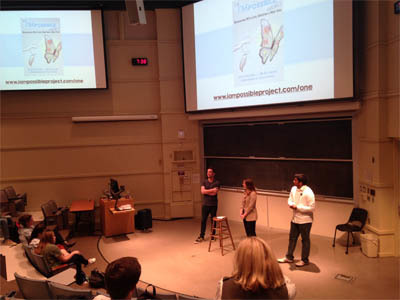 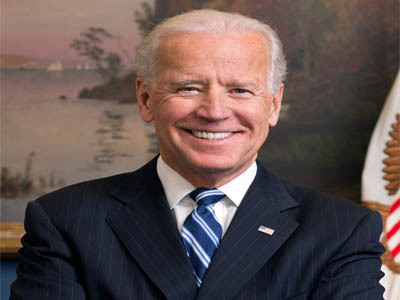 The debate over the awarding of this year’s Laetare medals continues. 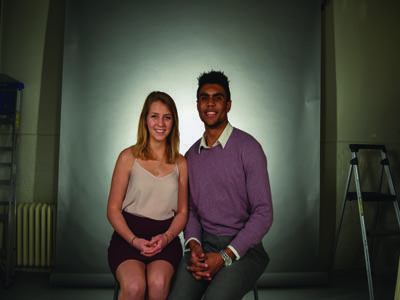 Service is a key component of what it means to belong to the Notre Dame community. 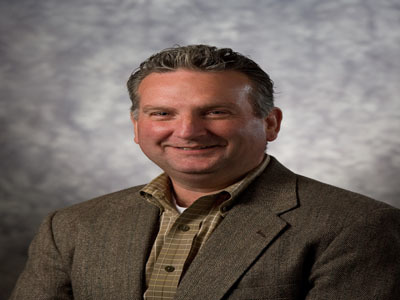 Meyer will be walking a total of 30 miles around campus to raise money to build a well in Burkina Faso. 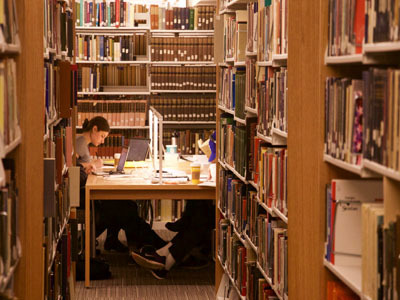 The ongoing library renovations continue to promise meaningful updates to modernize the study spaces and facilities of this Notre Dame icon. 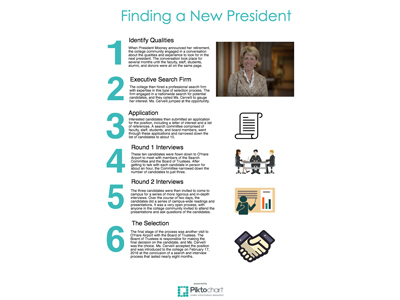 The Board of Trustees selected Cervelli in an eight‐month search and interview process that began when President Carol Ann Mooney announced her impending retirement. Cervelli, a South Bend native whose sister was a Saint Mary’s graduate of the class of 1972, will begin her term on June 1. 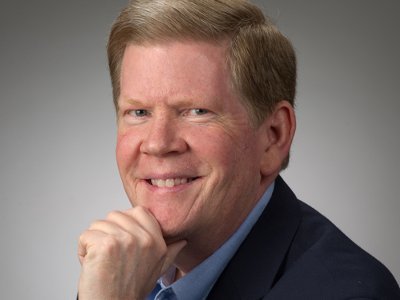 “I think we have to recalibrate all of our political thinking these days and conventional wisdom does not apply when one is talking about Donald J. Trump,” says Bob Schmuhl. 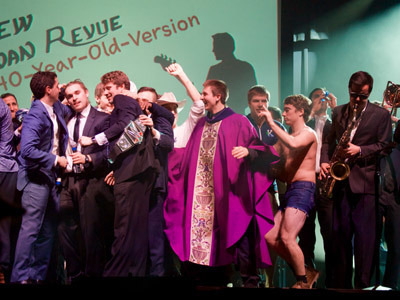 Now running 40 years strong, the Revue celebrated its most recent edition in sold-out performances on Feb. 11, 12 and 13. 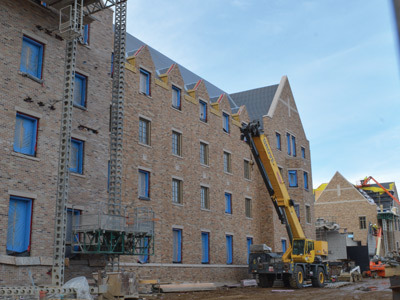 But beginning in fall 2016, the dynamic of residence halls on campus will shift. 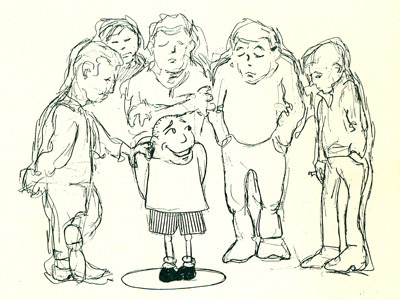 In the Oct. 30, 1964 issue of Scholastic, students debated a change to the dorm system. 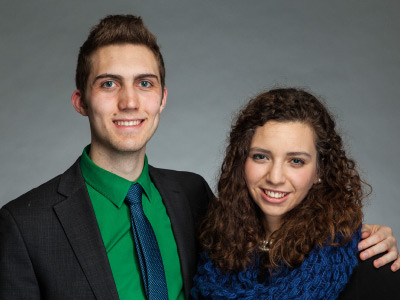 As we begin the month of March, we realize that our tenure in office is coming to a close. 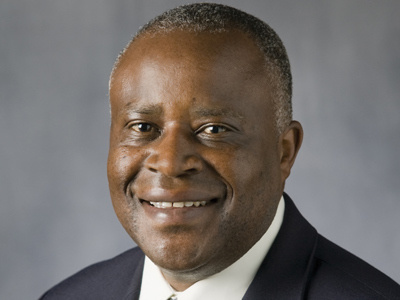 Emmanuel Katongole is an associate professor of theology and peace studies and a priest. 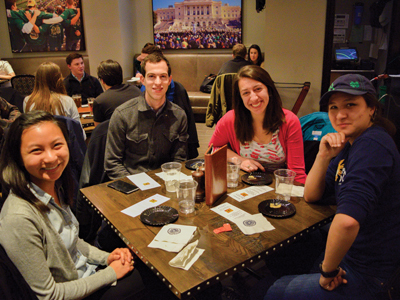 Rohr’s, the bar and grill inside the Morris Inn, hosted a student event called “Bites and Brews with Bell’s Brewery” on Feb. 17. 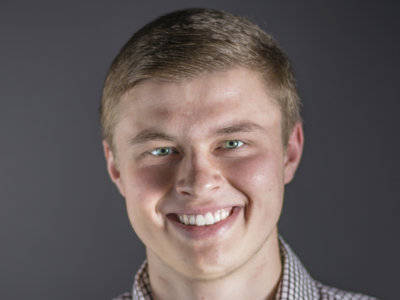 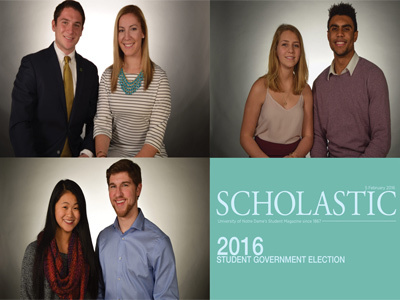 As Scholastic interviewed and evaluated each ticket to decide which one we believe is most qualified for the role of student government president and vice president, we realized that each ticket was very distinct from the others in its focus and ideas. 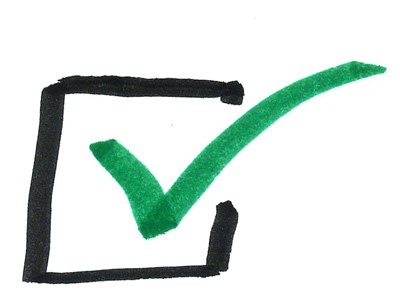 A press release sent to campus media outlets by the Student Government Election Committee of the Judicial Council says the council found the Corey Robinson-Becca Blais ticket in violation of an election law that prohibits early campaigning. 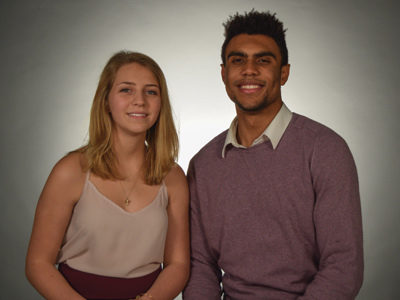 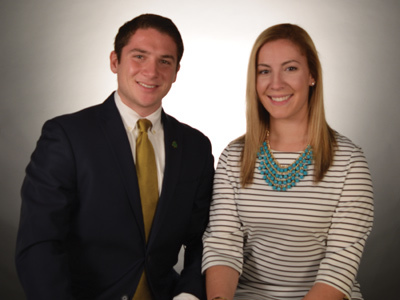 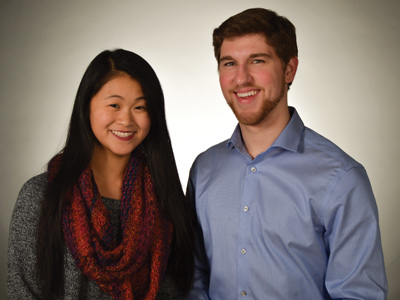 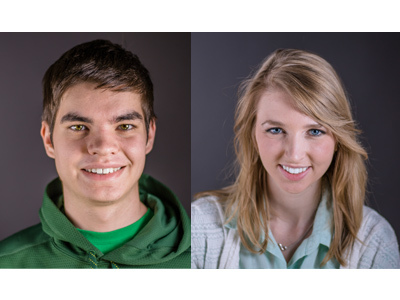 The 2015 Notre Dame football team seemed to be following an all too familiar path. 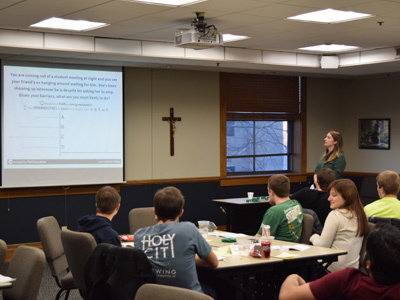 This fall, Notre Dame launched a new program that gives people a concrete way of identifying and differentiating between instances that promote a culture of violence and instances that challenge the culture. 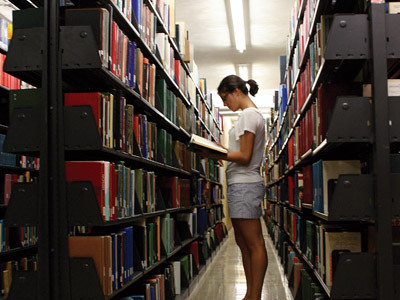 As spread through a recent email to students, the review committee has just released a draft report of its recommendations. The recommendations do not include the Moreau First Year Experience course, which has been deemed too new to currently review. 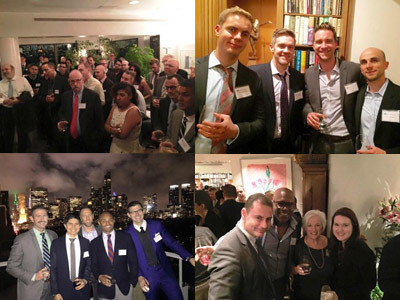 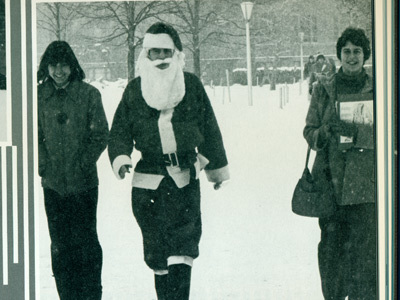 During that era, students could stay on campus during the ten-day break, far shorter than our modern winter break.

During our Thanksgiving break, Fr. Jenkins asked the Notre Dame community and our nation to avoid “turning our backs on our Syrian brothers and sisters, but instead — and in the name of Our Lady of Refuge — share with them our bounty and protection.” 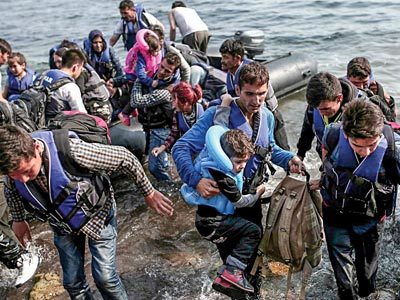 Debate across America is swirling around this central question related to the Syrian refugee crisis. President Obama has said that 10,000 refugees will be permitted entry into the U.S. over the next year.

Christmas truly is the most wonderful time of the year. Anyone who disagrees provides justification to be called a Grinch. 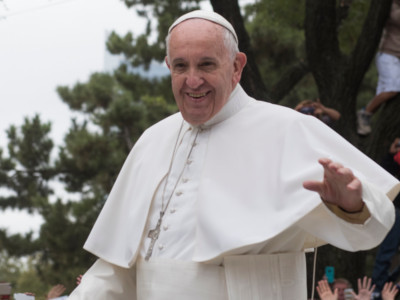 Pope Francis’ homily embodied how God loves all people, and that families should be prioritized and cherished because “our families, our homes, are true domestic churches.” 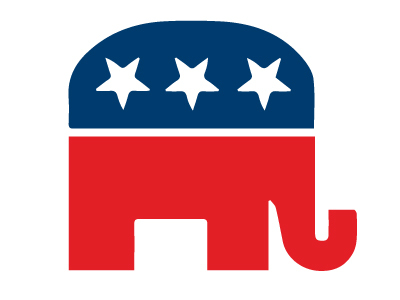 Mark Gianfalla was the President of the College Republicans at Notre Dame for two years. A finance major and 2015 graduate, Gianfalla appeared on “The O’Reilly Factor” on Fox News last year and was vocal about his conservative ideology in debates and conversations around campus. 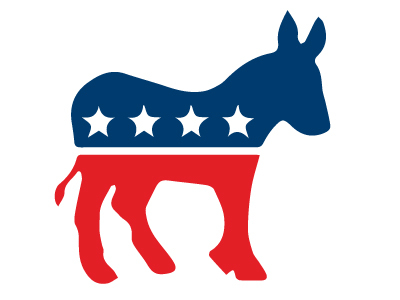