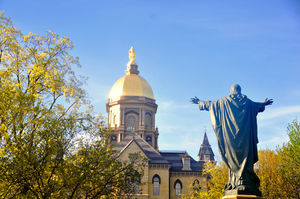 On Sept. 22, Secretary of Education Betsy DeVos’ department announced that the current presidential administration would be rescinding Obama-era guidance on how to handle sexual assault on campuses across the country.

DeVos had previously voiced concerns that the rights of those accused in sexual assault cases were not being given proper attention. Though DeVos’ team’s official policies have not yet been released, the department of education released recommendations on how to handle cases in the interim. This guidance includes allowing universities the choice to decide between a preponderance of evidence standard of proof for determining guilt and a clear and convincing standard; and the opportunity for either both parties or solely the respondent in a case to receive an appeals process.

The administration is also formally rescinding the 2011 Obama-era “Dear Colleague” letter, which named the preponderance of evidence standard as the only appropriate standard to use in determining guilt, as well as stated that both parties in a case should receive equal opportunity for an appeal.

According to sophomore Isabel Rooper — a double major in sociology and political science from Portland, Oregon and student government’s director of gender relations — the Dear Colleague letter “was really important guidance that we used all the time. It showed survivors what their rights were and gave advocates at colleges and universities the opportunity to say, ‘This is what our schools must be doing, this is where you need to improve.’ That Dear Colleague letter allowed us to hold our universities accountable.”

Rooper and fellow sophomore Elizabeth Boyle felt that abiding by DeVos’ changes, however, would be counter-intuitive to that goal. And so they wrote an open letter.

Together Rooper and Boyle — a political science and peace studies major from Long Island, New York — founded the on-campus group Stand 4 IX with the intention of sending a letter out in response. Despite Rooper’s position as director of gender relations, the initiative is independent of student government.

Both Stand 4 IX and the open letter itself are meant to be catalysts towards a series of steps towards advocacy for sexual assault survivors that Rooper and Boyle hope will continue for years to come.

“The immediate steps that we’re hoping come as a result of this letter is that Fr. Jenkins will make a public statement that reaffirms the commitment to previous Title IX guidelines,” Boyle says, specifically noting her hope that the university will “come out strong and reaffirm its commitment to previous guidelines” in advance of DeVos releasing her notice and comment period for new guidance for Title IX.

As for long term goals, Boyle says, “we’re hoping to see Notre Dame continue on this upswing. We’ve done a great job with creating programs that will bolster education about sexual assault on campus, but we want to see a little more impact.”

“We want to see Notre Dame recommit itself and address that sexual violence unfortunately does happen here, and that we have this moral imperative as a Catholic university to care for our brothers and sisters and we’re not going to let this be what we’re known for.”

Stand 4 IX’s website includes the full text of the open letter, with the ability for Notre Dame community members to digitally sign it. Additionally, the website includes an “Allies” page, with links to 12 other universities’ statements on DeVos’ changes.

“If we hopefully do achieve our goal, Fr. Jenkins could hopefully look to other schools such as Yale and Amherst that have made statements and maybe try to replicate some of the sentiments that they’ve expressed,” Boyle says.

Rooper says that she and Boyle want to “make sure that people are on the same page, because at the end of the day sexual violence isn’t a partisan issue. We can all be on the same page and say that we are going to stand with survivors, we want fair processes and fair outcomes, and that we believe survivors when they tell us their stories, and that’s what the goal of this campaign is, to keep Notre Dame on the right track. We’ve been making really great progress over the last five years on Title IX, and we don’t want to see our university backslide now.”

The Four Asks are listed as follows on the Stand 4 IX website:

Boyle describes the necessity of maintaining the preponderance standard as rooted in the concept of civil remedy, that is, civil statutes and regulations by which third parties in cases are coerced to take action to prevent criminal behavior.

“Title IX is a civil remedy for cases, and preponderance is the standard that’s used in civil cases,” she says.

She states that the 60-day timeline, previously used by both the Bush and Obama administrations, “ensures that both the respondent and the complainant don’t have to sit through a case that goes for 100 days, in which they’re not receiving responses and they don’t know what’s going on.”

But perhaps most distressing is the prospect of lifting the ban on mediation, a concept in which the assault victim and perpetrator would be required to sit together and discuss the assault before engaging further in legal proceedings.

“Mediation is the idea that you’d be put in the same room as the person who assaulted you, and you would in essence talk out [the situation],” Boyle says. “Especially in cases of assault, interpersonal violence, domestic violence, that’s just not fair to put somebody in a room and make them sit across from that person.”

“Mediation is especially problematic because of the power dynamics at play between the survivor and the perpetrator,” Rooper adds. “Additionally, the mediations at Notre Dame aren’t going to be conducted by trained professionals, [but instead] by Title IX staff, which we really object to. We think that there needs to be experts at the helm.”

According to Boyle, however, mediation would still be an issue to grapple with even if DeVos hadn’t announced her Title IX alterations — Notre Dame had already been pursuing efforts to implement mediation into university sexual assault proceedings even before DeVos’ changes.

The final ask is in regards to the new university housing policies, announced on Sept. 13 and covered in October’s Scholastic cover story, “Kept on Campus.”

A new six-semester on-campus residency requirement has left many wondering who will be allowed as exceptions — especially sexual assault survivors. In a Scholastic interview for that cover story, Associate Vice President for Residential Life Heather Rakoczy Russell stated that though a waiver process will allow for exceptions, waivers will only be obtainable after first engaging in a conversation with staff members of the residential life department.

Most notably, Rakoczy Russell said that starting that conversation will be the responsibility of the marginalized or victimized at hand. She described an encounter with a female student who described “bad experiences” that prompted her to move off-campus before stating, “She [had] a responsibility and the ability to not only improve her own situation, but [those of others]” by coming forward and alerting administration of her experiences before moving off. But the prospect of requiring sexual assault survivors or other suffering students to out themselves in person to the university and describe their experiences in detail could inflict trauma and deter those students from speaking up at all.

“There’s a very special way in which [the new housing policy] will affect victims of sexual violence and assault, but also discrimination based on race, ethnicity, socioeconomic status or if you’re LGBTQ,” Boyle says. “So we’re asking the university to put in place a waiver system that’s a simple waiver system, so it doesn’t require people to out themselves or to speak with administrators about their case in harrowing detail.”

“In the few moments that the university has discussed what the waiver system may look like, they’ve suggested that it will take the form of a conference between a student and an administrator,” Rooper says. “We fundamentally object to the idea that a student should be required to out themselves to a random administrator who they’ve never met before as LGBTQ, to say ‘I’m too poor to live here,’ to say ‘I was assaulted and I don’t feel at home here anymore.’ That puts the burden of proof and of evidence on the survivor.”

The Four Asks are being presented during a period in which not only campus sexual assault, but gender relations at large, are being thrust into the national limelight.

In the past few weeks alone, a flurry of sexual assault allegations have come out surrounding some of the most influential figures in media and politics, including Harvey Weinstein, Kevin Spacey and Mark Halperin; the #metoo hashtag has spread rapidly, encouraging victims to come forward with their stories of assault.

On campus, Notre Dame announced this past week that the university will no longer provide birth control coverage to students or employees.

“I think the era that we’re in right now, just in the last few weeks of Harvey Weinstein allegations, is really interesting,” Rooper says. “We’re seeing a profound societal shift in terms of survivors saying, ‘I was assaulted,’ and people believing them.”

The steps that universities take in response to policy changes and concurrent culture shifts will have substantial implications on sexual assault survivors and their wellbeing, and Notre Dame is certainly not immune to this effect.

“This is happening,” Rooper says. “Sexual assault happens here, sexual violence happens to the people who are around you all the time — who you might not even know that this is happening to. And so this is a moment for us to say as a community that we know this happens here and we support you if it’s happening to you.”