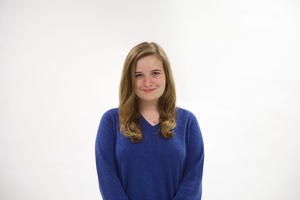 What happens when the nation’s most pressing social issues come into play on Notre Dame’s campus? How do those in positions of power and authority react to these conflicts? In what ways do the affected students, faculty and staff come to terms with these decisions?

These questions are at the heart of the major stories in this Scholastic issue.

In the cover story, we dive into the topic of immigration. This has always been a contentious issue in this country, yet it has been thrown to the forefront of the national agenda due to a global refugee crisis, politicized rhetoric during the 2016 election and the actions of President Trump’s administration — particularly regarding the Deferred Action for Childhood Arrivals, or DACA, program. This university has a long history of welcoming immigrants into its student body. What happens when the fate of these very students is thrown into question?

Stories of sexual assault and harassment have spread across all mediums of the news in the past several weeks, fueled by allegations against powerful figures in Hollywood and beyond. A less covered story, however, has been the changes made to Title IX policies, particularly on university campuses, by Secretary of Education Betsy DeVos. How are these changes affecting Notre Dame’s own procedures regarding these allegations?

On Oct. 6, the Trump administration rolled back mandatory contraceptive coverage — including the third-party provider for those companies which claimed exemption — for institutions that disagreed with the requisite on moral or religious grounds. Notre Dame became the first and most well-known body to take advantage of this change, announcing that the school will no longer cover contraceptives for employees and students beginning next year. How is Notre Dame’s taking of this option affecting the policy debate in the rest of the U.S.?

Rev. John I. Jenkins, C.S.C., Notre Dame’s president, has twice taken enough issue with a national policy position to announce a public objection. The first was in response to mandatory contraception coverage. The second was in response to President Trump’s threats to dismantle the DACA program.

In these three stories, Scholastic dives deep into how these policy debates and cultural arguments have been manifested on Notre Dame’s campus and in South Bend. We speak to professors, undergraduate and graduate students and members of the administration to understand how all are affected. In doing so, we remind ourselves that, much as this campus sometimes appears to be in a bubble, it instead is in the crosshairs of this country, and the sociopolitical climate that encompasses that distinction today.

How do we respond?