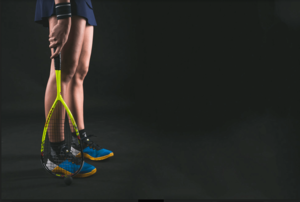 Restrictions from the top brass at Notre Dame on student life rubbed a lot of people the wrong way. As a Scholastic reporter in the field, I felt it was my duty to collect this sentiment into a piece that could really make an impact. However, what I found once I started interviewing around went deeper than I ever thought it would.

One student, who I’ll call Jack, opened my eyes to an underground squash ring that flew in the face of university pandemic policies. He also consented to me using his quotes in this article under the condition of anonymity.

“I, along with several others, belong to a society dedicated to the beautiful game of squash. We are completely, totally, wholly dedicated to squash. Not an hour passes when we decline to discuss strategy, technique or training.”

Jack revealed that his “society” (known commonly as the Notre Dame Squash Club) defied the university rules banning club meetings during the desperate days of late February. He and his companions considered their passion for the game so great that they would accept the risk of being caught by authorities or causing a COVID outbreak.

“We took utmost care to maintain secrecy. Discovery would spell certain doom for both our society and the presence of our beloved squash on campus. Meetings were held in backyards of randomly-selected homes in the greater South Bend/Mishawaka area twice a week, usually around 4 a.m.”

When asked whether this constituted trespassing, Jack said that the squash players would tie protesting homeowners to chairs and force them to watch the squash games until the homeowners “agreed with the society on the beautiful nature of squash.” When I asked what happened to homeowners who didn’t profess admiration for squash, I received only a strange wink in response.

My introduction to the strange world of squash at Notre Dame didn’t stop at the interview. Jack, who began to trust me, asked me to attend a Squash Club meeting in late February so that I could document what I saw. When I agreed to show up to the proper address at 4 a.m. sharp, Jack shook his head and grabbed my shoulders.

“Squash doesn’t start when the game starts, Nick. You will go through the day and complete the proper preparations as I and my associates will.”

As it turns out, the “proper preparations” for a Squash Club meeting are perhaps the strangest sequence of actions I’ve ever witnessed. The members of the Squash Club gathered for breakfast at 6:15 a.m. at the Au Bon Pain in Hesburgh Library (notably, the Au Bon Pain in Hesburgh Library doesn’t serve food until 7:45 a.m.). Each individual brought one kiwi, with the skin still on, and they all took exactly the same amount of time to eat it. Once the kiwis were finished, the Squashers sprinted out of the library, silently, one at a time.

The members didn’t complete the next stage of the preparations until 5 p.m., when the members gathered again for dinner at a Penn Station off campus. There was nothing notable at this dinner, save for the fact that the squash players communicated only in aggressive, low grunts.

Finally, at 4 a.m., I showed up to an address I am unable to disclose. The homeowners, according to intelligence gathered by the Squash Club, were visiting family in Ohio for the week. The coast, therefore, was clear. When I arrived, the resident engineers in the club had already built their mobile squash apparatus (literally a large board of plywood propped up by wooden planks) and warmups were beginning. Once the matches commenced, the members of the club entered a sort of trance. They swayed back and forth, like sails, though there was no wind blowing them. When I asked if I could stand in for a few points, one member hissed at me.

The Squash Club continues to welcome new members throughout the semester and hopes to host an open-spectator squash tournament in early May.