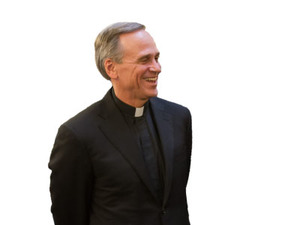 It’s 1:30 a.m. on a Tuesday night, and you’re winding down for bed before your 9:25 tomorrow morning. You hop in bed, annoyed that your roommate isn’t even turning off the bedroom light and using the less-bright lamp by the futon to keep studying. You try for a few passive aggressive yawns, hoping she’ll go study in the section lounge, but she remains unmoved by your show of fatigue.

You grab your phone, fully ready to text your friend about how inconsiderate your roommate is being, even though you just ate dinner with her tonight and already complained about your roommate the whole time. You’re working out the last few words, and just as you type, “like I know we only have four weeks left but it’s still so annoying,” you receive an email notification from the Office of the President. It’s so late — is something tragically wrong?

Frantic, you open the email, even ignoring the Snapchat notification you just received from that attractive guy in your physics lab. You scroll down to get to the body of the email, ready for life changing news, and behold: Fr. Jenkins’ office hours? What? Isn’t he asleep? Did he just draft this email? Does he have someone write emails for him deep into the night? Does he write his own emails in general? How does he get that cool border thing on his emails anyway?

You’re so swept away with questions that you almost forget: now is your chance! If you get into his office hours, you will undoubtedly have an awesome story to tell. You’ll be able to go home after finals and finally be able to respond to your grandparents’ questions of “How’s school?” with something other than a mumbled, “It’s good! Studying a lot,” while also being annoyed that no one can think of any other questions to ask that don’t render an honest answer of, “I’m busy and overwhelmed and drowning in a pool of crushing anxiety and I’m starting to realize I never want to talk to my roommate again.”

These office hours are your salvation; they’re your answers, so long as you can get into them. After opening the link to apply to the office hours, it becomes clear that you’ve got to have a pretty good topic of conversation if you want to meet Fr. Jenkins in a chamber that you assume must be located off of a secret passageway somewhere under the Golden Dome, but you’ll never know for sure because John Affleck-Graves will wipe your memory as soon as you step back out on God Quad so that you can never find it again.

Luckily for you, we here at Scholastic Humor have you covered. Check out the top three office hour ideas that are sure to get you an in with the biggest man on Notre Dame’s campus. (Or off-campus, who really knows where he lives?)

1: Comprehensive one-credit hour course mandatory for all Notre Dame students to inform students that yes, Fr. Jenkins does have a sense of humor.

The class will better prepare students for campus-wide masses and events in which Fr. Jenkins inevitably tells a few jokes and everyone freaks out and continues to talk about it for 15 minutes after the event (especially in the form of small-talk with parents, if any were also in attendance), and even though everyone is unfortunately unable to recollect that one zinger he had after his first two jokes, all are confident that they were taken aback and impressed to learn that our elusive presidential priest does indeed have a sense of humor.

2: A hologram device that will conjure images of Fr. Jenkins walking around campus at all hours of the day.

It will appear to students that he is leisurely strolling around the grounds of Notre Dame, waving periodically and soft-smiling his way into students’ hearts. This machine will put a halt to complaints that he is inaccessible and not around campus very much, as though he is so busy running an entire university or something ridiculous like that.

3: A prayer book for placating angry alumni, equipped with prayers for every scenario, including but not limited to alumni being upset over:

Too much campus construction, too little campus construction, allowing women to enroll for 44 years straight, inviting prominent politicians to speak on campus, not inviting enough prominent politicians to campus to inspire students, having too many students walking to class when alumni are just trying to enjoy their well-earned vacation on a football weekend, too much “diversity,” not enough students from Chicago suburbs, allowing the College Democrats to exist, etc. This book is what Fr. Jenkins has so desperately needed since he became the University’s president in 2005.