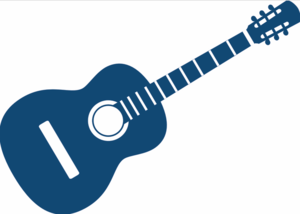 Scholastic culture editor and close personal friend of CMA Entertainer of the Year Garth Brooks Emma Ferdinandi asked me to write an article about Brooks’ on-campus fans. Not knowing who his fans would be, I interviewed some Notre Dame students to assess his popularity.

My first interviewee, sophomore Wendy Burger, pulled no punches. She said, “Garth Brooks? Really? Could you pick a more obvious fake name for a country singer?” Another student, senior John Bailey, asked, “Is that the guy who directed ‘Get Smart?’”

Figuring I needed more proof of Garth Brooks’ existence, I showed pictures to my next interviewees, but they were similarly confused. “Is this like the dad version of a SoundCloud rapper?” senior George Laurence asked. “Yo, that’s gotta be my brother’s baseball coach. No, like for real,” Antoine John, a freshman from Tulsa, declared proudly.

I can see no reason why Garth Brooks would be moonlighting as an unpaid baseball coach for eight-year-olds in Oklahoma, but hey, what do I know? (One student out of 30 that were polled did admit to recognizing the name, but since he was from Nashville, the Scholastic staff registered him as a distinct outlier.)

Getting absolutely nowhere with the student population, I then approached a stadium employee who wished to remain anonymous. His response: “They purposely scheduled his concert while students were on break. I’m not even sure people under thirty were supposed to find out about this.”

After my exhaustive research, I now have to tell Emma that Garth has approximately one on-campus fan. Wish me luck.