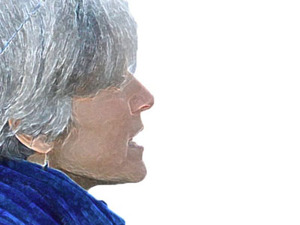 Lamenting that low record sales have, until recently, precluded the group from making a new album, presidential hopeful Dr. Jill Stein expressed what she called “utter glee” in response to the traction her 90s band has been receiving lately. “Ever since John Oliver covered it on Last Week Tonight, our Circuits to the Sun album has really been getting the push it needed to put Somebody’s Sister back on the map,” Stein says.

Stein, currently polling between 1 and 3 percent of the electorate, has not been seen at any of her campaign events since the episode. Instead, friends say she’s been hitting the studio to write environment-and-maybe-drugs-inspired lyrics that someday might even overshadow the confusion in the medical community caused by her stance as an anti-vaxxer.

“2016,” Stein says, “is America’s ‘circuit to the sun.’” Upon being asked what exactly she meant by this statement, Stein simply smiled and nodded three times before whispering, “bicycles.”

When questioned about her feelings on Oliver calling her a “conspiracy-pandering political neophyte with no clear understanding of how government operates,” Stein pleasantly answered that she thinks this might be the year for “Dancin’ Wild (Reprise)” to dance to the top of the charts.