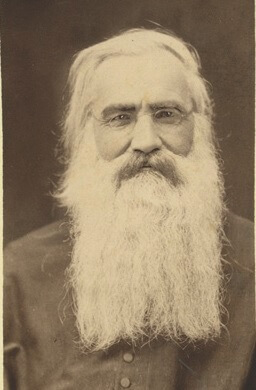 No, this isn’t ‘Two Truths and a Lie.’ At least, not really.

For the brief biography on the @FatherSorin Twitter account, the self-proclaimed “campus wise-man” modified a quote from “Rudy:” “Son, in 205 years of religious study, I have only come up with two hard, incontrovertible facts: There is a God, and I’m pretty tight with Him.”

“I like to be on top of things,” @FatherSorin said via email on the inspiration for the account, “and I’ve always had a rather pronounced (some would say strident) opinion on issues pertaining to my University. The Twitter device seemed to be the best vehicle for interacting immediately with all my loyal sons and daughters. I have not been dissatisfied.”

The profile tweets — often with a sarcastic or witty tone — about a wide range of topics, spanning religion, athletics, campus life and current events. All the while, though, the account’s operator emphasized the importance of keeping their identity a secret, despite my suggestion that the identity be revealed since Sorin himself clearly is not the mastermind behind it all.

“Son, what part of eternal life don’t you understand? Sure, late October of 1893 was a bit of a rough patch, but things have been looking up ever since.

“I have a vow of poverty,” @FatherSorin said. “I hope for no material gain in using modern technology to chat with folks. I do enjoy the opportunity to give my two-cents worth of advice, and if that advice is edifying to some, then perhaps this is an electronic Corporal Work of Mercy ... though I strongly doubt it.”

Whoever is orchestrating this operation understands the fun in such a ruse.

“Though I haven’t any idea how the magic box [email] works, or how the Twitter device reaches so many people, I thoroughly enjoy being in the thick of things,” @FatherSorin said. “I get to present (force?) my ideas in the open just as quickly as I conjure them.”

At the same time, the account is not without its controversial moments.

“I made a snide remark a few years ago, to the effect that, ‘Alabama fans will be writing some very derogatory things about Notre Dame in the coming weeks ... but none of it will be spelled correctly.’ And a very famous Protestant preacher liked that so much he repeated it to several million people. Needless to say, that brought me a fair amount of attention, both positive and negative.

“And then there’s anything I say about Miami,” @FatherSorin added. “For being a rough bunch, Miami students and alumni are very sensitive. Though we revel in our Catholicity, they really do not like the whole Convict thing. I stay away from Miami folks now.”

Despite being incredibly close-to-the-vest with the personal details, the 9,000-plus that follow @FatherSorin are getting nothing but genuine and entertaining content.

“I enjoy bringing the divine gift of levity,” @FatherSorin continued. “College years can be a serious and stressful time. It is important to have a most senior figure remind students that, ‘God has filled me with laughter, and everyone who hears about this will laugh with me.’ (That’s in the Bible, in case you took some soft courses to fulfill your theology requirement.)”