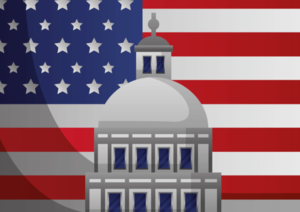 Former United States Speaker of the House and current Notre Dame professor of political science Pole Ryeann has spent his first four weeks of teaching repeatedly defending his controversial decision to resign from Congress last December, completely ignoring any attempts at covering course material. Sources tell Scholastic that Professor Ryeann has decided to eschew traditional political science analysis in favor of just listing reasons why he couldn’t possibly have been expected to stand up to President Trump.

Ignoring the carefully constructed system of checks and balances in the United States Constitution, Ryeann instead encourages his students to find creative ways to stand up to those in power, like joining the board of Fox News or just blaming Twitter.

Some of Ryeann’s students have expressed ambivalent feelings towards his unorthodox teaching style. “It is a little concerning that he isn’t actually teaching us anything of value,” senior political science major Sasha Jackson said. “Although it was pretty cool how many of my friends liked my selfie with him at the dining hall last week.”

The situation has not been helped by Ryeann’s unfortunate tendency to randomly launch into in-depth analyses of his CrossFit routine, further confusing his students.

Despite student complaints, Professor Ryeann initially appeared hesitant to grant his students an extension on their first paper, but caved at the very first sign of pressure. “It’s not like I have any real power over them,” said Ryeann, exasperated.

Ryeann’s students have recently announced plans to try to bully him into giving them all A’s.