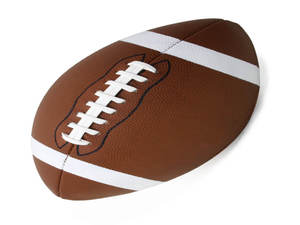 According to a new study from a coalition between the Pew Research Center, the CIA and the NCAA, football is indeed a sport. The study consisted of a rigorous analysis of the activity according to the official definition of a “sport,” and took nearly five years to complete.

“Yeah, we’ve been working on this thing ever since Notre Dame’s football team got creamed by ‘Bama at the BCS National Championship game in 2013,” explained Mark Daniels, one of the researchers from Pew. “It really made me reconsider the definition of sports, because God knows nothing about that game was athletic.”

According to the legal branch of the NCAA, the definition of “sport” is historically awarded to activities that meet the following criteria: must require some sort of running, must be done for entertainment but primarily money, must be able to make grown men cry, and must cause both players and spectators to be tired and at least a little bit sweaty after the event.

The research team conducted extensive interviews with coaches, athletes, athletes’ mothers, mascots and waterboys and discovered that football, as a phenomenon, fits the four criteria of sports. The study has particularly interesting implications for Notre Dame as an elite research institution with a decent enough football team.

“Honestly, we’re really grateful for the results of this study,” said an inside source close to the football team. “All people ever talk about here is how good the fencing team is. Hopefully the administration will take note and finally give us some financial support. We want the player’s shoulder pads to be made out of gold too — not just the helmets.”