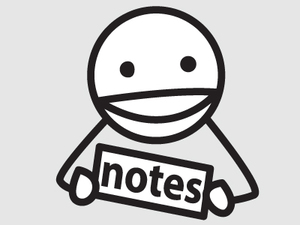 I’m going to level with you fine people because comedy should be honest if nothing else: I screwed up. I had planned to use this space to make jokes about the recent Republican debate, but I had my dates way off. We had to send this issue to be printed on the ninth, but the debate wasn’t going to take place until a day later.

I felt like a real bonehead when I realized this, but I sought council from people that I really trust (Our Lord and Savior Jesus Christ, Bono, that girl from the AT&T commercials), and they convinced me that the only way to make this right was to learn from my mistake and move on. So I am proud to admit to you all that that is the exact opposite of what I did. I figured since I’ve seen three of these things already, I can probably make it seem like I’ve seen this one, right? The readers will never know until I spend 170 words telling them. Here lie my predicted jokes from the fourth Republican Debate:

Ted Cruz looks like his bride, all of his groomsmen and the priest left him at the altar. Did Mike Huckabee just offend three minorities and all people with glasses without answering that question? I think so. The only way this debate could get crazier is if Rand Paul starts heckling candidates from the third row.

Rand Paul just started heckling candidates from the third row. I don’t really follow politics, so who is this Hillary person? And is she singlehandedly responsible for the deaths of all the candidate’s mothers? Ben Carson is sleeping at his podium. Trump just called Jeb Bush soft like Charmin and told Carly Fiorina to make him a sandwich…then went up two points in the polls. Is Jeb sitting behind his podium smoking? It’s not an immediate no.