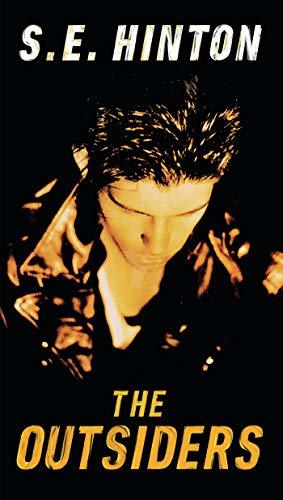 Let’s be honest, Notre Dame online and the University of Notre Dame are two different beasts. The latter is a teetering balance of extracurriculars and friends, a game of squeezing in academics between the football, hockey and basketball schedules. The former is full of questions for I.T. and professors, an ever-filling email inbox, unflattering, frozen Zoom images and trying to resist the Netflix siren call.

Though Scholastic may be writing articles and working from home, we’re committed to helping you make the most out of quarantine and social distancing. If your eyes have been glued to the screen for the last weeks — either for class, catching up with friends or bingeing your favorite shows — take a break and stay entertained with this list of the best young adult books to devour.

In my favorite YA books of all time, a convict sharpshooter, bombmaker, spy and thief undertake an “Ocean’s-11”-type heist. Bardugho’s world-building and character development are unparalleled, her dialogue is fast-paced and hilarious and I’ve made it my life’s mission to get everyone I know to read this book. So do it. Read it now.

Jude grew up raised by her parents’ murderer, training to fight and participate in the high court. When the king is murdered, she joins a court of spies, deceiving, fighting and clawing her way to the throne while wrestling with her family’s dark past in the process. The plot is like that of “Game of Thrones,” full of political, military and individual battles, and Black perfectly captures the relationship between two characters whose captivation with each other is probably not the healthiest, but you root for it all the same.

The grey characters are always my favorites — the ones who toe the line between good and evil, the ones who make you doubt if you should truly be rooting for them. Adelina fights to escape her dark past and thirst for vengeance while Lu explores how passion and fury and hatred and love are often intertwined. As you watch Adelina’s slow descent into darkness, you will be forced to ask whether her awful circumstances justify her actions and whether there’s a limit on what actions can be redeemed.

I love a good plot twist — and when I say good, I mean good. When you read as many books as I do, it gets pretty easy to see the twist coming. Believe me when I say that you won’t predict this one. In a world where blood color determines social class, Mare Barrow is thrown into a game of deception, a red-blooded girl pretending to be silver-blooded. In a game of power, Mare works to overthrow the current regime and bring down the silver monarchy. Everyone is a liar, and everyone is out for blood — but with each chapter, it gets harder to know whose blood should spill.

Agatha Christie is the master of murder mysteries, and if you haven’t read any, this is the place to start (you should also ask yourself why you’ve committed this literary sin). When 10 strangers are invited to a private island for dinner, an ominous poem is the only thing to greet them. When they start dying one by one in the way that the poem describes, who will remain? Only the dead can be considered innocent.

I usually go for sci-fi and fantasy, but whenever I want to read something that will make me feel all warm and fuzzy inside, I always turn to Kasie West. “The Distance Between Us” is my favorite of her many amazing novels, but in this one sarcasm drips off of every page, and it will make you grin like a fool. Caymen is divided from Xander by money and opportunity, but to her dismay, she can’t help but enjoy his company.

This classic novel asks questions about what is right and wrong in society, and who decides it. In Ponyboy’s world, there are two kinds of people, Socs and Greasers, or the rich and the poor. As gang violence rips his life apart, Ponyboy faces what it truly means to be human. Pain, loss, family and friends are universal, regardless of which gang you belong to.

Sometimes we need a good cry, and this book will give that to you. Melody is smarter than almost everyone in her school; she’s smarter than most of the adults she meets. Melody has a photographic memory — but she can’t walk or talk, because Melody also has cerebral palsy. Despite everyone telling her what she can or can’t do, Melody refuses to let her disability define her. “Out of My Mind” will change the way you look at disabilities and is something everyone should read.

Friendships can be tricky, and if things escalate they can even become destructive. When a horrible accident occurs on the Sinclair family’s private island, the truth revolves around a group of four friends. Ugly secrets are uncovered on each page, and you’ll be desperate to know what happens next. Lockhart writes beautifully, and the book makes you think about the issues in society without even knowing it.

“The Breakfast Club” meets “Who Dunnit.”  A student is poisoned in detention; the killer is in the room and the murder must be solved. As murky pasts come to light and secrets are revealed, McManus will keep you guessing the whole way through. Only after the twist ending will you know the truth.

11.  “Dry” by Neal and Jarrod Shusterman

As a local Californian, and as someone living in a city shut down for quarantine, this book about a natural disaster is frighteningly realistic. When the drought in California becomes catastrophic, life revolves around how much water you use. But when the taps run dry and neighbors turn against each other, hard choices have to be made.

Honorable Mentions: “All Rise for the Honorable Perry T. Cook” by Leslie Conner, “Poet X” by Elizabeth Acevedo, “The Book Thief” by Markus Zusak, “Maze Runner” and “Eye of Minds” by James Dashner, “Legend” by Marie Lu, “Pivot Point” by Kasie West, “Eon” by Alison Goodman, “The Wrath and the Dawn” by Renée Ahdieh, “Ninth House” and “The Grisha Trilogy” by Leigh Bardugho, “Children of Blood and Bone” by Tomi Adeyemi and “Between Shades of Gray” by Ruta Sepetys.

So, there you have it: a list to keep your eyes from burning out of their sockets because of all of that screen-time. Remember to support your local bookstores and see if they’ll get you your books during this hectic time. Now get on it — why are you still staring at this screen? Go read a book!