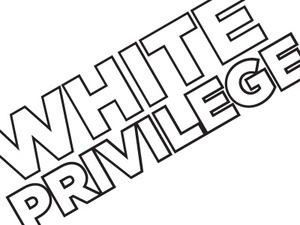 This year, Rev. John I. Jenkins, C.S.C., led a university-wide initiative to promote diversity and inclusion. In the spirit of this initiative, Notre Dame is offering a one-credit White Privilege Seminar, which will analyze and discuss issues like race, privilege and their perception in society.

White privilege is defined as a systematic cultural reality where whiteness as the norm leads Caucasian men and women to enjoy unearned advantages over minority groups. The concept of white privilege is seen by some as a proxy for class, evasively inclusive of ‘whiteness’ as it disregards salient differences amongst white subpopulations, and discards individual hardships of whites. A portion of this group go as far as to say white privilege does not exist.

Those who contend that white privilege is present in major social institutions  believe past subjugation translates to present privilege through 400 years of systematic cruelty. They say that the American dream is not equally realizable when tangible barriers prevent hard work and talent from materializing into success.

The White Privilege Seminar is taught by Iris Outlaw, director of Multicultural Student Programs and Services (MSPS), Ke’Ana Bradley, assistant director of Programming for MSPS and Emmanuel Cannady, assistant director of Outreach Services for the Gender Relations Center. The course information page says, “The six-week preparatory class is designed to educate and train White Privilege Conference delegation participants on the definitions of, historical and current paradigms of and causes and effects of white privilege.”

To train students to be delegation participants, the class will read books such as Bryan Massingale’s Racial Justice and the Catholic Church, James Lowen’s Lies My Teacher Told Me, documents from the National Park Services, first-hand documents from Supreme Court case law and Congressional Hearings.

“In the same vein of understanding the stories of others, students are participating in a one-and-a-half-day immersion experience in the community of Louisville prior to attending the conference,” says Cannady.

Owen Phelan, a freshman Computer Science and Philosophy major who is currently enrolled in the class, says, “The course is mostly oriented towards preparing for the conference, and right now we are looking at privilege from an academic standpoint, the definitions and what the experts say. I can understand how someone who sees the name would go on the defensive, but at the same time, the course is supposed to get people talking.”

On-campus backlash to the class quickly attracted national attention. On Dec. 11, 2014, Mark Gianfalla, a senior Finance major and president of the Notre Dame College Republicans, appeared on “The O’Reilly Factor” to discuss the course and its instructors, as well as his aversion to referring to white privilege as a factual institution.

Gianfalla says that this class creates a university-subsidized liberal agenda, and he objects to the instructors’ academic backgrounds and level of training. Gianfalla says, “A topic of this magnitude should be taught by tenured professors but is being taught by university staff that are not experts.” Both Gianfalla and O’Reilly also object to the class attending the White Privilege Conference (WPC).

The conference will take place from March 10-15 in Louisville, Ky. The conference’s website says that the WPC is designed to “examine issues of privilege beyond skin color. WPC is open to everyone and invites diverse perspectives to provide a comprehensive look at issues of privilege including: race, gender, sexuality, class, disability, etc. — the ways we all experience some form of privilege and how we’re all affected by that privilege.”

Emmanuel Cannady says the seminar aligns with Notre Dame’s mission. “[It] factors in as a Catholic institution to talk about concepts relating to social justice,” Cannady says. “The primary focus of the course is to have students see themselves as academic scholars, and they will do this by synthesizing their class work that they can choose to take to undergraduate research or other academic conferences.”

He also rejects allegations of the course “indoctrinating” students. He says, “instructors are going to bring up the research, but students are given complete liberty to draw their own conclusions.”

When asked about a possible alternative to the seminar, Gianfalla proposed a course on social stratification that looked at different kinds of privileges, namely, socio-economic privilege, presented from both sides of the debate. Gianfalla says the course is “far from academic,” concluding it is “not something that the university’s funding should be going towards.”

An issue clouding the discussion of white privilege is guilt, Cannady explains. He says, “People are often reluctant to acknowledge their privilege because they take it as a personal attack on their own achievements, but white privilege does not mean denying individual challenges or diminishing personal problems, but rather acknowledging systematic benefits.”

Sophomore Hugo Muñoz Rios, another student enrolled in the course, says, “The discussions in class are not about whether white privilege is real or not, but what it means and how it affects the minorities and the society as a whole. Everyone in the class is there to learn and share.”

Muñoz Rios feels motivated to prepare for the upcoming conference. He says, “I am nervous for the conference, that is for sure. I don’t know to what extent it is possible to be ready, however, I know we are all eager to learn and  talk to different people.”