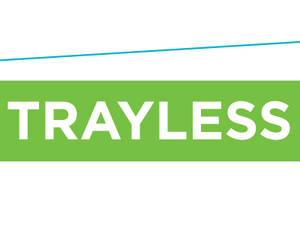 Sustainability: the movement is gaining more and more notoriety nationwide, and it has already made its way to  Notre Dame. As a diehard supporter of South Dining Hall and a frequent consumer of froyo and Grab ‘n Go, I quickly noticed this year that there are no longer styrofoam cups and paper bags in the dining halls. This will result in a significant reduction in waste, as the dining halls used approximately 230,000 Styrofoam cups and 196,000 paper bags last year alone.

But the dining halls can, and should, go further to become even more sustainable; they should eliminate the use of dining hall trays completely. Although the large trays allow us to try all of the fantastic cuisines the dining halls have to offer, they also result in a lot of food going completely uneaten. Not only would getting rid of trays reduce food waste, but it would also reduce the amount of water that is used to wash the trays. Based on a study by the “Journal of Hunger and Environmental Nutrition,” eliminating trays from university dining halls reduces food waste by 32% and water usage by 27%. Notre Dame generates about 1.2 tons of food waste each day, so eliminating trays here could reduce food waste by 768 pounds daily.

This proposition might seem crazy to some people, but as of 2010, 233 colleges across the country had already implemented some form of a trayless program — and this number is surely on the rise. Would going trayless be inconvenient to a certain degree? Of course. The recent Tray Inconvenient Day as part of the Junior Class Council’s Make a Difference Week was indeed inconvenient, but I feel going “trayless” is a small price to pay for the reduction in food waste and water usage the transition would generate.

Some might question whether a “trayless” initiative would even make a worthwile difference. Though Notre Dame alone may not change the world, each step towards a more sustainable world is a step worth taking, and the university’s efforts could inspire other schools to follow in its footsteps.