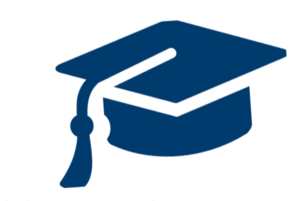 Congratulations! On behalf of the Committee of Admissions, I am delighted to offer you enrollment in the Notre Dame First Year Class. Throughout your life there will be celebrations for great accomplishments and recognition; this is one of those moments.”

Every Notre Dame student is greeted this way. But what if an admitted student’s accomplishments are not their own?

News of the admissions scandal, which stemmed from an FBI investigation known as “Operation Varsity Blues,” spread rapidly across the country. Fifty people, from Hollywood stars to head sports coaches, have been accused of taking part in a conspiracy that allowed wealthy families to bribe their way into top universities.

William Rick Singer, architect of the conspiracy, pled guilty to the accusations, admitting to bribing athletic coaches to recruit students with fake athletic profiles and arranging cheating schemes — by hiring people to “correct” students’ answers, for instance — on the SAT and ACT.

“All of these things, and many more things, I did,” Singer said in an interview with CNN. “I created a side door that would guarantee families would get in.”

While the names of those accused — including actresses Lori Loughlin and Felicity Huffman — shocked many people, news of the wealthy elite bribing their way into college did not.

“Right now,” Notre Dame Professor of Economics David Ruccio said, “the United States has a ‘winner take all’ economy — in which a small group at the top captures most of the income and wealth that is produced in the country. And most members of that small group attend the small number of American elite colleges and universities.”

Even without bribery, the upper class has an advantage in the admissions process. Wealthier applicants can access better tutors, test-preparation options and schools. “Few opportunities are available to those at the bottom, while those who are already at the top are clearly doing whatever is necessary — both legal and illegal — to make sure their children follow their lead,” Ruccio explained.

“Unfortunately, most American colleges and universities do little to level the economic playing field, and recent research has shown most of them actually make opportunities even more unequal.”

Scholastic spoke with Donald Bishop, the Associate Vice President for Undergraduate Enrollment, about Notre Dame’s view on “Varsity Blues” and what the scandal reveals about our society.

“I think a lot of Americans are lost in this endless pursuit of prestige. It’s like the billionaire who finds out that their next-door neighbor is worth $10 billion, so now they feel poor,” Bishop noted.

Bishop felt that many of the issues occurred before the admissions committees received applications. Referring specifically to testing fraudulence, Bishop reflected that he was “not surprised.”

The College Board and Notre Dame work closely to guard against falsified results: each has their own procedure for verifying test scores, letters of recommendation and other submitted materials. Sometimes, though, their findings differ. “I have felt that the SAT or the ACT have some obvious flaws in their security,” Bishop said.

When this happens, Notre Dame admissions officials act at their own discretion: “We’re not obligated to admit anybody. We have the freedom to make our own decisions about these things and we do.”

The concern, as “Varsity Blues” has illuminated, is when this “freedom” becomes an opportunity for bribery. Singer realized this potential in other universities, but when a client wished to get her son into Notre Dame through fraudulent means he stopped her, telling The New York Times that he would not be able to “hide him here.”

Bishop didn’t deny that the impact of the privileged is present at Notre Dame. “The amount of influence that you’ll find here in percentages — it’s miniscule,” Bishop continued.

The end goal of admissions, he explained, is to create “the most diverse, talented group of people and the dynamic environment.” In trying to achieve that goal, Bishop put forward some of the same questions about special consideration for children of university donors that people are asking in light of the scandal. “Are they some of the people who helped us create that dynamic [here] through donations of scholarships and buildings? Do they have any right whatsoever of having some additional gratitude and consideration for that? How much and how far apart?”

Yet his thoughts were in line with the rallying cry of most Americans: “We’re working harder to give students from low socioeconomic statuses some added consideration, because if they have not had all the advantages and privileges, shouldn’t we try harder to find them and give them opportunity?”

Bishop insisted that “Varsity Blues” should be a wakeup call to Americans. “Why are we only placing status on a handful of schools in this country? That’s wrong.” Instead, a new message needs to be spread, one that doesn’t place value on an education only from a “top” university. “It doesn’t matter what school you go to. In the end, it’s who you are.”