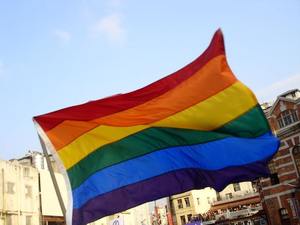 On March 2, 2017, the university announced that Vice President Mike Pence will be this year’s commencement speaker, delivering the main address and receiving an honorary doctor of laws degree. In the university press release announcing this, Rev. John I. Jenkins, C.S.C. said, “It is fitting ... that Notre Dame recognize a native son who served our state and now the nation with quiet earnestness, moral conviction and a dedication to the common good characteristic of true statesmen.”

In response, 10 alumni — includuding Alex Coccia, class of 2014 and former student body president — wrote a “Letter to the Class of 2017,” which has garnered over 1,100 additional signatures of support. In the letter, they write, “Given the nature of commencement and our mission as a university, we are disappointed to find that Vice President Pence will be the university’s commencement speaker. We believe that the vice president actively opposes this sense of human solidarity and concern for the common good.”

Demonstrated through these drastic differences in language, there have been a range of reactions to the announcement of Pence as commencement speaker — and almost all of them have been passionate. Some have argued fervently in favor of inviting one of Indiana’s native sons; others believe that it is the role of a university to provide differing — and at times controversial — opportunities for dialogue, regardless of personal belief; some say the Pence invitation neglects the safety of some graduating students.

One of these reactions will come into form on commencement weekend.

It is called a flag drop: put more simply, a communal effort to fly rainbow flags — symbols of the gay rights movement and LGBTQ rights — out of participants’ dorm windows on campus during commencement activities. The rainbow flags are a response to Pence’s stated beliefs and policies that have motivated many to call him an anti-LGBTQ politician.

Pence has opposed gay marriage and, as governor of Indiana, signed the controversial Religious Freedom Restoration Act — later amending language that had caused a national uproar for its potential repercussions to the LGBTQ community. According to reporting by The New York Times, his 2000 congressional campaign ran on tenets of same-sex marriage opposition, opposition to nondiscrimination laws for LGBTQ persons, public funding for ‘conversion therapy’ and only conditional funding for HIV/AIDS treatment, among others.

The flag drop on Notre Dame’s campus has a history in protesting for LGBTQ rights. “Flag drops were used regularly during the 4 to 5 Movement, a campaign that was successful in gaining University recognition for the gay-straight alliance, now PrismND,” Coccia wrote in an email to Scholastic. “The flags are visible signs of inclusion and statements of affirmation for our fellow students, especially members of the LGBTQ community.”

This flag drop is a union of individuals under no official umbrella who have come together to help put the plan into action. On campus, two student leaders who are helping to carry out the plan have a direct stake in the commencement announcement: They are graduating this year.

Grace Watkins, one of these organizers, believes the flag drop will show Pence the values that Notre Dame students care about, and the fact that they want all students to feel “valued and safe.” She strongly disagrees with the decision to invite Pence to be the commencement speaker. “It’s a bad choice, and if we were going to depart from tradition anyway, then I don’t understand why we couldn’t pick a better speaker — one that would make all students feel more welcomed during a time that’s supposed to be celebratory.”

Watkins is joined by Bryan Ricketts, another former student body president, in coordinating student involvement. Coccia is helping liaise with alums, many of whom aided in the effort to make campus more welcoming to the LGBTQ community when they were students. Together, the effort has raised over $1,000 and 400 flags have been ordered.

This is only one of the protest movements taking place on commencement weekend; there are informal plans amongst some members of the graduating class for a walk-out, as well.

Members of the campus community have also released statements in favor of the decision to invite Pence to campus. In a Facebook post on March 2, the Notre Dame College Republicans wrote, “The Notre Dame College Republicans are very proud to have Notre Dame host Vice President Mike Pence as this year’s commencement speaker. Vice President Pence has a proven track record of conservative principles and has staunchly defended Christian values during his time in public office.” Andrew Poirier, a junior, wrote in a March 9 Observer Viewpoint that the Pence invitation is similar to when former President Barack Obama spoke at the 2009 commencement. “Those who protested Barack Obama speaking at commencement now support Mike Pence being invited (or else wish that Donald Trump was invited), and those who supported Obama now protest Pence. The truth is, however, that both had opinions that were contrary to Catholic teaching, but they were invited out of respect for their offices.”

Jenkins wrote, “With his own brand of reserved dignity, Mike Pence instilled confidence on the state level then, and on the world stage now. We are proud to welcome him to represent the new administration.” The university declined to comment on plans for a flag drop.

This article has been revised to reflect the fact that 10 alumni jointly wrote the "Letter to the Class of 2017," and that Coccia did not spearhead the effort alone.