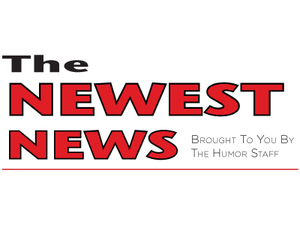 Apple Inc. scraps development of super-slim phone, after receiving universally negative reviews from beta-testers. The phone, slated to launch some time next year, featured a supposedly “game-changing” 3 mm thin body, according to a company spokesperson. Reviewers, however, weren’t as enthused.

“Kind of a pain to handle [the phone], especially if you have sausage fingers like mine,” one tester said. “It’s like trying to pick up a guitar pick with mittens on.”

“The phone is so thin it slips through all sorts of cracks. You know like in between your car seat, air vents, other sorts of crevices and such. There’s also no headphone input, so how I am supposed to enjoy my audiobooks?!”

Not to mention this impassioned review:

Statisticians and pundits puzzle over results of recent 2016 Republican presidential nomination poll, with “Unsure,” “Tim Horton’s” and “Ben Carson” in a comfortable lead over other candidates.

We just don’t know what to make of our poll,” CEO of Rasputin Reports Greg Rasputin says. “It seems there may be some disillusionment with the upcoming election. But we also suspect that our population sample skews a bit too far right, if you know what I mean.”

Tim Horton’s is a Canadian breakfast chain. Carson, a prominent conspiracy theorist known for his remarks on evolution and the Egyptian pyramids, said this poll was a divine sign affirming his legitimacy.

In response to sinking profits, McDonald’s begins marketing campaign to appeal to hipsters.

“These entitled kids have pretty much boycotted us for years,” a high-ranking executive in the company says.

“That’s why we’re investing millions to make our restaurants more palatable to hipsters, millennials and the like.”

The global campaign to update the fast-food chain will include vegan offerings, ironic menus and an updated color scheme.

“We’ve realized the golden arches are too old-guard, too ‘50s,” one company designer says. What about ‘rust’ or ‘oxide’ arches? The more patina the better, as they say.”

Despite these radical changes, McDonald’s executives stress the company’s time-old commitment to GMOs and tepid customer service will be preserved, as they are trademarks of the chain.

“We’re looking into a lab-grown tempeh and quinoa patty, which should be a hit among the bearded and bespectacled,” a board member says. “It’s going to be great!”