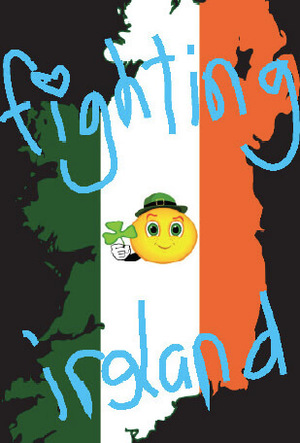 America is abuzz with Winter Olympics fever, the one time every four years they can pretend to care about frolicking in the snow as if it were sport. Hearts soar watching figure skating, hockey and competitive snow-melting. The concept of the Olympics, however, seems to be confusing for Notre Dame students. Many remain unsure when the delegation from Fighting Ireland will arrive.

“I mean, I love America, but I’m not cheering for American University, no way. G’Irish!” sophomore Stu Studentson said. “I mean, I saw there was an Irish delegation there, but I’m not entirely clear on what the ‘Irish’ are.”

In fact, the athletes from Ireland have caused much speculation. Students hypothesize that they could be anything from Holy Cross students to the football team but “really tired and not in the mood to fight.” The anticipation for the Fighting Irish delegation is closely tied to students’ excitement to watch footballbutinthewinter and coldbasketball.

To be fair, the strong association between God, country and Notre Dame may be to blame for the confusion. As it turns out, students have been misinterpreting the phrase as “God’s country, Notre Dame,” and thought the school was, in fact, a sovereign nation unto itself. Studies have since shown that it is not. Hopefully, students will still be able to enjoy these Winter Games even without having a team to cheer for.