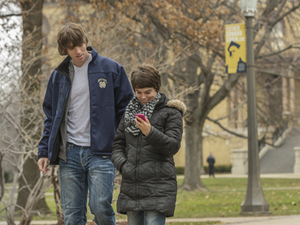 Junior computer science major Buck Bourdon created an app designed to help make life easier for people who struggle to understand time numerically. The app, created for Apple devices, is based on a traditional calendar app, but includes progress bars that track the time before an event occurs.

Bourdon was inspired to create the app by his older sister Haley, who suffers from a mental disability caused by two strokes that occurred before her birth. Haley struggles to understand time, especially through numbers, and has difficulty comprehending when events are going to occur. One day, Bourdon noticed Haley watching a progress bar track the status of an update on her computer and realized that Haley could better understand time visually.

“I thought that she could understand a visual ratio,” Bourdon says. “That’s all a progress bar is — when the bar is halfway you know you’re around halfway [before the event], and when you’re near the end you can tell [the event] is going to happen soon.” 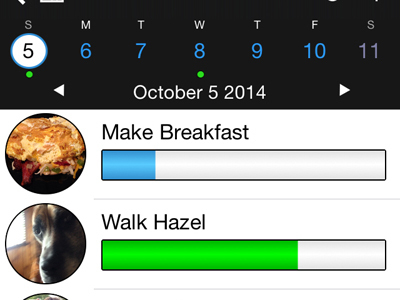 Bourdon spent time learning how to design and code Apple apps during his free time and began to develop his app. When it was completed, the first person to test the app was Haley. For See Time’s first trial, Bourdon’s father created an event in the app counting down to when Haley would be meeting with a friend.

“She was really excited about it because she could actually see that [her friend] was coming over, and she knew when,” Bourdon says.

The app has also helped Haley sleep, as she often woke in the middle of the night in anticipation of upcoming events.

Bourdon plans to develop a version of the See Time for the Apple Watch, giving users a more accessible way to tell time. He hopes the app will provide relief for others who suffer from mental disabilities similar to his sister’s. See Time is available in the Apple App Store.