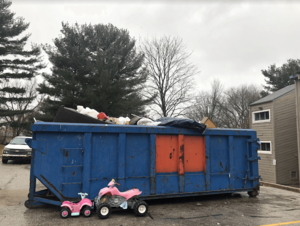 On Thursday Feb. 27, the South Bend Tenant Association (SBTA) had its launch event at the Western Branch Public Library. There, founder Rodney Gadson spoke with local members of the community to inform tenants of their rights and the resources available to them in South Bend.

The SBTA was created in response to mass eviction notices at Western Manor Apartments in the summer of 2019. Initially, the Western Manor Tenant Association formed to connect affected tenants with legal and monetary resources. When it became evident that there was a pattern of similar issues cropping up in housing complexes across the city, the SBTA formed to provide a broader range of services to the community.

One tenant of Western Manor, Carol Gavin, has lived in the apartment complex for the past two decades. However, this may no longer be the case. Since a new management company bought out the previous company  that maintained her building, she has noticed an increase in the cost of rent and services fees, which may force her out of her home.

Gavin works at a center that serves those with special needs and disabilities. “No one knows what I am going through because I go to work every day with a smile on my face because I have to. And I hate sometimes coming home from work because I know I have to come home to this.”

This, meaning her apartment, has posed a host of difficulties for Gavin in the past couple of years. Two floods and black mold have been frequent disruptions for her as a tenant. Gavin has photo and physical evidence of countertops warping, backsplash popping off her walls and water coming out of the electrical sockets. Her door is so badly damaged that you can stick an object on any side of the door between the frame, which lets a considerable amount of air in and out of the apartment. Gavin currently tries to heat her apartment with a stove in order to combat the rising costs of heat and electrical bills.

On May 21, 2019, there was a flood in Gavin’s apartment in the middle of the night. As she was walking to her kitchen after midnight, Gavin discovered the flooding in her apartment when she slipped on water leaking out from one of her rooms: “My feet went up, I went down, bam,” she described. She was injured as a result, and it was one of many drivers that have pushed her to search for a new place of residence. Throughout these struggles, Gavin has wished for support, “someone who would advocate for me and help me along the way.”

The SBTA has worked with Gavin and others like her to provide education about their rights as a tenant and to help them find resources to find new housing options.

At February’s launch event, Gadson laid out the mission of the association in a three-fold plan to “provide temporary assistance to tenants, increase tenant education and lobby for change in local legislation.”

With the launch of the tenant association came the creation of a website, detailing resources and contact information for local tenants and those looking to get involved with the issue.

Gadson stressed the importance of a community effort in educating and helping tenants affected by housing issues in the region: “You can help the community grow, and help the citizens grow within it. That is the purpose and mission.”

The grassroots movement emphasizes the educational aspect of the association because a better-informed citizenry will be beneficial to everyone involved in the process. Gadson emphasizes that most people affected by housing issues are productive citizens and tenants, but “just don’t have the tools” to make better situations for themselves.

Along with the SBTA, other community members are getting involved such as Notre Dame clinical professor of law Judith Fox who gave a presentation at the launch meeting about tenant rights and responsibilities. Fox stressed the importance of understanding the legal system in fighting for the rights of tenants, even though she also acknowledged  it’s “just not a good system.” In her presentation, she spoke of details in federal law, informing tenants of what is and is not legal for landlords to ask of tenants.

Fox ended her presentation with the news that the SBTA and other community members are trying to offer free legal services to a greater number of disenfranchised tenants in South Bend, in the hopes that spreading awareness about this service will allow it to reach and help more people.

The SBTA hopes to reach its fundraising goal by June 1 to provide such services to local tenants. In the meantime, Gadson hopes that the association will be a force for good in the community, and above that “people can come find answers. Answers, accountability and action.