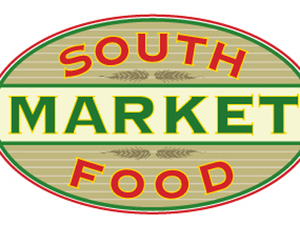 PART ONE:
the ENTRANCE

You know those people who wait just inside the doors of South Dining Hall? The ones waiting for their friends, looking down at their phones or off into space? Then you walk in and boom! Their eyes flash toward you, and when they see you are not their lunchmates they again look downward, slightly disappointed, if not simply indifferent. This is normal the first few times, but you will start to feel unwanted and powerless if you do nothing about it. So here are your options:

1) Trip over yourself as you make eye contact and fall right in front of your target. He or she will feel immensely responsible.

2) If the target makes eye contact with you and holds your gaze, send it right back! Look downward as well, and then awkwardly shuffle backwards out of the door you came in through and ominously disappear.

3) Pull off the most suggestive and overt triple-wink possible when the target shoots you a glance. If you get some sort of confused or disgusted response, approach the target and say something like: “Yes, I agree. We have been sending each other some serious signals as of late.” Or play it cool and walk right by them, and then turn around, flip your hair (regardless of how much you have), and give another peppy, inappropriate wink. Warning: If you do not know how to wink you will look like you are having a seizure.

For dinner, look up in advance what the dining hall is serving. Then, when you walk in and John swipes your ID, you can tell him what’s on the menu. Who knows how he will react. Those around you will surely be impressed.

Ever been severely frustrated by rush hour meals? One day, just cut to the front of the lines. If a brave or impatient soul says something, respond with a stone-cold face that you just got a “Fastpass” (like the ones at Disneyworld). This is more fun if you wear sports apparel for the opposing team on a football weekend.

But what if the DH is so packed that you can hardly move? You could sneakily knock over a couple trays if you are feeling devilish. If the crowdedness becomes unbearable, lay down on the floor in silent protest.

You could also divert traffic by tricking a few really dumb or curious people. Your sign at the entrance reads, “Nutella station on second floor.” No, better yet, say third floor.

If you are feeling very weird: nonchalantly stick your hand in someone’s bowl of yogurt and smile at him or her.

Imagine you can’t find any of your friends in the dining hall. Yes, we know you have friends, but somehow none of them went “left-left.” It looks like the same thing happened to that really cute guy or girl sitting over yonder. So you sit down with him or her and say, “Look, you are sitting alone, so am I, we might as well sit together and talk instead of looking at our phones or that student publication no one reads.”

A couple things could happen. Either he or she says yes and you are in, or it turns out your target is waiting on someone and you messed up. Or did you? You could apologize, or fail to say anything in embarrassment and incredulity, and move as far away as possible to assume the fetal position (is it too late for Grab-N-Go?).

But the alternative is much more satisfying. Tell them you do not mind and you are going to eat with them anyway. If your target refuses, refuse with greater force. Say you insist, that the dinner is on you (somehow in a non-monetary way). Then you third wheel that dining hall date so hard it would impress Harry Potter.

There has been enough trouble made today so it’s time for a quick and harmless departure. The last thing you want to do is make a scene and …you just dropped your tray as you were leaving.

If you find yourself being clapped at, you can pull one of three quick stunts.

1) You can put your hands in your face, scream and run out of the dining hall as fast as possible.

2) You can smoothly dart to the side with hands in your pocket and start clapping at the kid next to you. Maybe even point at him.

3) You can pick up some residue from the floor, take a bite and shout, “Three-second rule!” People won’t think you are disgusting; some of the dining hall food gains flavor from the floor.