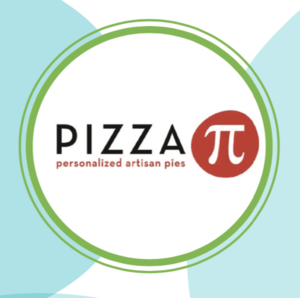 The Notre Dame campus is home to many different hidden restaurants. Pizza Pi, on the backside of South Dining Hall, is the newest addition to the list. As it replaces the iconic Reckers, hopefully Pizza Pi can live up to the expectations of the former café. Pizza Pi has a nice, inviting atmosphere accompanied by great music and a wide range of seating options, including bar seating for those 21 and older. They have standard hours of operation except they are closed on Mondays and Tuesdays. While I do find this odd, I do not see myself making my way over there at that time of the week anyway. The food is overpriced and the pizza is decent, but this is made up for by the wide range of food selection. Modern Market does not have as big of a pizza selections, and Blaze Pizza on Eddy Street is a far walk from some dorms. Pizza Pi is a happy medium. Though it is a far walk from my dorm, I’ll be returning for their ice cream sandwiches, wraps and everything else that they have to offer.

This August, American singer-songwriter Lana Del Rey dropped her long-awaited album and tour de force, “Norman F***ing Rockwell,” after releasing several singles throughout the past year. Del Rey’s new album is echoing and haunting, its style and compelling cover art representing a break from her earlier, more pop-inspired work. Her style, though, remains as vivid as ever. Del Rey’s songs have evidently retained their tragically beautiful quality and poetic, often stinging lyrics. Like her past albums, “NFR” blends staples of modern alternative with vintage motifs, classical instrumentation, and cultural allusions harkening back to the romance of the past. Several music videos — including the cover of Sublime’s “Doin’ Time” that dominated alternative radio this summer — have already dropped, and Del Rey has even announced plans for a new album, “White Hot Forever.” Fans can catch “NFR” on Spotify or stream Lana’s earlier music for a taste of her classic, nostalgia-tinged style.

To the outsider, “Steven Universe: The Movie” is a perfectly serviceable animated kids’ movie. To an avid fan, “Steven Universe: The Movie” is much more. First, let’s address the elephant in the room: the villain. Spinel is an outstanding antagonist, not just because she’s intimidating and funny, or because watching her bounce around the screen like an old rubber-hose cartoon is delightful. She’s outstanding because she is also the rarest of things: an antagonist with depth, one that the audience can empathize with while still rooting for the good guys. Besides having an incredible villain, however, the movie does not introduce much else that is new or groundbreaking. The plot mostly feels like an extended episode from the original show; Steven and friends have to save the Earth from a Gem, an alien character, once again. Additionally, while almost all the main cast returns, the film does little to answer any lingering questions left over from the series finale. All in all, “Steven Universe: The Movie” is an entertaining, if formulaic, watch that, despite some flaws, can appeal to both newcomers and dedicated fans alike.

With a name as versatile as its dishes, Creasian serves a sweep of Asian flavors: Vietnamese, Chinese, Korean, Thai and Japanese. It was the first restaurant I visited in South Bend, and I had briefly forgotten its existence amid all our chaotic excitement during freshman year football season. But after three years, the humble existence of Creasian – with its clean lighting, space and service – still speaks of home and security. Without the established fellowship of devotees nor the geographical advantages of J.W Chen’s, Cambodian Thai or Woochi, Creasian stands out from its more celebrated rivals in the most fundamental way: the taste of its food. At $9.50, one can enjoy a generous portion of minced braised pork rice platter or, as we call it in Taiwan, Lu Ruo Feng – A thick pile of ground pork, fried and boiled in soy sauce, marinated overnight to fully soak in the full peppery sweetness, sits sizzling on top of steamed rice. Three Cup Chicken, another Taiwanese classic, and my personal favorite, is cooked with a cup of soy sauce, a cup of rice wine and a cup of sesame oil, then topped with garlic, ginger and basil. Much like Creasian, where the portions might first overwhelm, the abundance of flavor from the spices and sauces can also appear overwhelming.