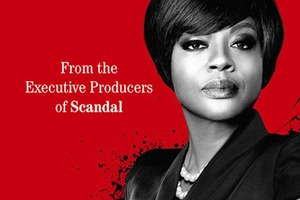 Are the people around you a pack of self-interested liars? This is the question that the new ABC television series, How to Get Away With Murder, answers by showing how connected the words “liar” and “lawyer” can be.

The creative energy behind the show comes from Shonda Rhimes (critically acclaimed for her work as creator, writer and producer of both Grey’s Anatomy and Scandal) and her influence on the show is clear. Murder employs a familiar Rhimes trope of young, attractive and above all else, cutthroat students vying for the affections of their seemingly affectionless superior, Annalise Keating, their unflappable professor played by Viola Davis. Keating teaches her students how to actually practice law, not how to theorize, by structuring the class so that her students fight each other for jobs, not grades. They compete for four coveted positions in Keating’s law office, where they will gain invaluable experience working with their esteemed professor on her own high profile murder cases.

Murder’s frenetic pace and wealth of passionate young characters will put you on the edge of your seat. It’s difficult to tell what each character is actually thinking at any given moment because they are always deceiving each other, whether to fulfill their own agenda or figure out someone else’s. The episodes hardly take a breath as they jump from one plotline to the next, constantly building tension.

The breakneck pace is prioritized over a deeper exploration of the characters and the show rarely stops to consider itself. The musical score is a slew of bass-heavy, “synthy” beats that accelerate the drama in the courtroom to the point of cheapening it. Silence rarely has a place in this show. It’s a roller coaster without the slow, steady climb to the top.