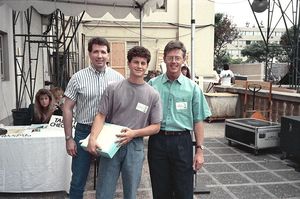 It’s Saturday night. Your friends have dragged you to a party when all you wanted was to Netflix Gilmore Girls in your bed. Like a three-year-old, you declare, “Fine, I’ll go, but I won’t have fun.” And you mean it.

You put your hair in a low bun, the universal sign of minimal effort, and step out the door. You arrive to the party and realize that your already low expectations for the night will need to be lowered even further because the party is awful. Middle school dance, grandparents’ cocktail party, child-you-babysit-for’s-birthday-party level awful. But you are there, and you are determined not to waste the little effort that was exerted and have a semi-decent time.

“I didn’t shave my legs in the sink for nothing,” you say to yourself. “Maybe there are better parties out there.” And so to your phone you go, scrolling through Snapchat stories, desperate for another option. Just when you’ve given up and accepted that the night is going to be a bust, there it is. Ten seconds of what appears to be the party of the century. Someone is taking tequila shots off an ice-luge wearing a bucket hat. Naturally, this party is where you need to be.

Just when you are about to hit the author of that Snapstory with a “where you at?” she appears before your eyes. She literally walks in front of you and so does the boy wearing the bucket hat. You gasp because yes, you are at the party that was in that story. The party that was so painful for you to experience is the same one that was made to look amazing through the manipulation of modern technology.

What I have described is the Snapchat Trap so common to our generation. The Snapstory’s glorification of what would otherwise be considered a terrible time: Someone takes the one epic moment of the night and sends it to the world as a representation of what the entire rest of the party experience was supposed to be.

So how do you avoid this trap, you ask? It’s simple: stay in and watch Netflix. Snapchat will disappoint you. Netflix never will.