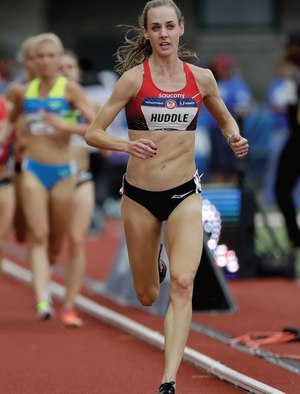 Molly Huddle crushes the competition in the Olympic qualifiers on her way to the American record in the 10,000 meters -- AP Photo Marcio Jose Sanchez

Margaret Bamgbose, class of 2016, represented Nigeria and reached the track and field semifinals in the women’s 400m.

Angie (Harris) Akers, class of 1998, coached the Netherlands in women’s beach volleyball and helped the team to a ninth-place finish. Monty Williams, class of 1994, served as an assistant coach for the U.S. men’s basketball team, which defeated Serbia to claim a gold medal.