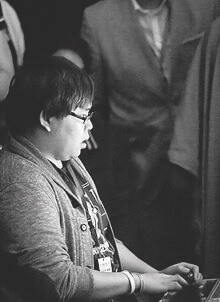 Following the recent football games, we thought we’d finally see at least a couple of them but it seems their disappearance is permanent. As we walk freely around campus, we women wonder: Is this St. Mary’s?

It has been almost four weeks back on campus and aside from glimpses during move-in, there have been no sightings of male students on campus. This reporter was brave enough to put herself in harm’s way to infiltrate men’s dorms and find out the truth.

On a sunny Friday afternoon, after leaving behind bewildered female friends, I geared up. I grabbed my backpack for that authentic student look, my flashlight (it seemed like a good call) and my lanyard, in case I needed to pose as a lost freshman at any point. I decided my target would be Alumni Hall.

As I entered, I immediately noticed a change. The hallway was dark, as if every light had been turned off. Under the doors, however, I noticed a faint pulse of bluish light; a screen. The air was stale, clearly undisturbed for some time now. A faint murmur could be heard coming from the rooms, as if the occupants were speaking to someone far away.

Suddenly, a sharp cry of “Where’re we dropping boys?” rang out, breaking the quiet before it settled back in, as absolute as before. As I made my way around the dorm I saw nothing but more and more of the same.

As I was headed out, a door burst open and Macaulay Culkin tumbled out. Or so I thought, it was actually just a pale, malnourished freshman with Mountain Dew on his shirt and Dorito dust caked in his nails.

He looked at me, and in his eyes I saw addiction coursing through his entire being. One hand, still bent to grasp a controller, he reached towards me and managed to get out “Fortnite” before collapsing on the floor, dead. Or probably asleep or something. I don’t know, I didn’t really check.

So yeah. Turns out they’re all just playing Fortnite so ... mystery solved. I guess all we can do is just let them play. That is, until their Xboxes break or they die from starvation.