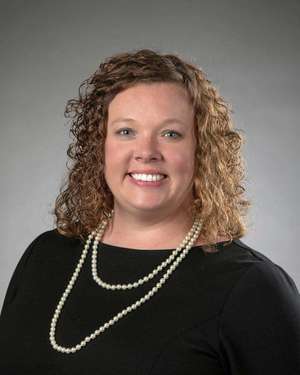 In  May of 2020 the Department of Education (DOE) announced the new Title IX Rule, which introduced and amended many Title IX regulations. It would go into full effect Aug. 14, giving the University of Notre Dame, and all other schools, less than four months to discuss and implement measures compliant with the Rule.

Title IX is a federal law which prohibits discrimination on the basis of sex in any educational program receiving federal funding. Aug. 14 has long passed, so what do these Title IX changes look like on Notre Dame’s campus?

According to senior Abby Wolfe, the new regulations give schools much more freedom, “which is not inherently a bad thing but requires a lot of time, thought and feedback.”

Wolfe is a student government representative on the committee formed to review and advise on “proposed permanent revisions to Title IX policies and procedures.”

Currently, Notre Dame is only operating under temporary measures meant to give the university time to decide on more permanent procedures while still being in compliance with the Rule.

One of the regulations requiring much discussion in the committee is that “students now have the right to a live hearing where advisors conduct cross-examination.”

Many believe that the right to a cross-examination will deter people from reporting incidents of sexual assault, and vice president for student affairs Erin Hoffmann Harding wrote in a comment sent to the DOE on Jan. 2019, that this requirement also had “the potential to distort rather than promote fairness.”

This concern stems partly from the new right to an advisor and requirement for schools to provide an advisor for those who do not select their own.

“By permitting paid trial attorneys to act as the cross-examining advisor this requirement threatens to allow income disparity to influence the hearing outcome,” Hoffmann Harding wrote.

To help mitigate this issue, program manager of Title IX services and Sr. deputy Title IX coordinator Amber Monroe said Notre Dame decided to provide advisors with legal training, even though the Rule does not require advisors to have a background in law.

“It provides equitable representation for someone who may not otherwise be able to afford it,” she said.

Another concern — which could not be foreseen by the DOE when proposing the Rule or by Hoffmann Harding when asking for clarification — is the impact of COVID-19 on Title IX.

Yet it is unclear what the hearing process will look like in the midst of the pandemic, for Monroe said that they “have not yet had a hearing this year under the new process.” She did say all other aspects of Title IX have been conducted through Zoom.

As the committee and administration have yet to finalize any of these procedures, it is difficult to say what Notre Dame’s Title IX regulations will look like after the changes are made.

For this reason, Wolfe said, she wasn’t able to comment on “the nitty gritty” because “none of it was too concrete.”

Yet working to finalize these measures is not the only new movement surrounding Title IX on campus.

This semester, senior Stasia Reisinger, began working on a currently untitled project with the goal of giving students interested in or impacted by Title IX something “they could get involved in as a creative outlet.”

Reisinger, who said she is a victim of sexual assault and chose not to report the incident, hopes that this can be “therapeutic” for victims.

“Having a community, doing something together, can be really helpful in the aftermath of violence,” she said, though she stressed that the project is open to all students, not just victims.

Some of her plans include creating “a book club or documentary watch and discussion” in men’s dorms, in order to foster continuous conversations about sexual assault.

Reisinger said that though she hasn’t been impacted by the Rule, COVID-19 has made starting this project “difficult in the way that it’s made everything difficult,” she is working to build “a coalition for continuity’s sake,” to help kickstart the project and ensure it continues after she graduates.

Though both of these movements are in their early stages, they have tremendous momentum.

Whatever the final outcomes are, one thing is for certain: Title IX is a complex but important issue.

And, as Reisinger put it, “this is an issue which affects everyone on campus, whether they know it or not. It’s an issue where everyone has power in some way — as a person, as a bystander, as a perpetrator — everyone has a role to play.”