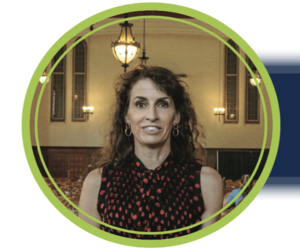 After the chaos of Welcome Weekend fades, after parents drive away and classes begin, first-year students face a world of uncertainty. In a matter of weeks, they are expected to make new friends, adjust to a new workload and learn to live independently.

Faced with so much change, many first-years struggle to establish basic healthy habits. As they juggle all their new responsibilities, their nutrition often falls by the wayside.

Notre Dame’s nutrition services program director, Jocelyn Antonelli, is familiar with this widespread experience. Antonelli is a registered dietician, and has spent the last 24 years providing nutritional counseling to Notre Dame students. Many first-years she counsels aren’t prepared to manage their nutrition alone.

“It’s just a different eating style,” Antonelli explained. “A lot of people come from an environment where they didn’t have to think so much when the parents did the grocery shopping, did the meal preparation and something was put in front of them.”

Most first-years need time to adjust to this new eating style. But the transition is especially daunting for women, Antonelli explained, because they’ve been warned that college makes girls gain weight.

These first-year women live in fear of the so-called “freshman 15” — the 15 pounds that students supposedly gain during their first year of college. Antonelli said she speaks to incoming students who are terrified of the “freshman 15” before they even arrive on campus.

“They’re already anxious about it because they’ve heard ‘You go to college, you gain 15 pounds,’” Antonelli said. “And there aren’t too many people who that appeals to.”

Although many students do gain some weight during their first year of college, the explanation is far more complicated than conventional wisdom suggests.

“In a lot of ways, [the ‘freshman 15’ is] a myth. There’s nothing magical,” Antonelli said. “I think some people feel like ... the soil of the college they go to is somehow going to force 15 pounds onto them. But it’s about the choices you make.”

Several aspects of college life can lead students to make poor nutritional choices, Antonelli said. Many students binge drink. Others struggle to establish healthy habits given all their time constraints. And a major challenge for many first-years, Antonelli said, is loneliness.

“I think it’s intimidating when you’re coming to campus and you don’t know anybody and you’re all kind of starting out,” Antonelli said. “Coming into the dining hall, most people don’t want to sit alone. And so I find people would skip meals rather than having to come into the dining hall and sit alone.”

If students do come into the dining hall alone, they often distract themselves by staring at their phones while they eat. Antonelli said this strategy can be unhealthy.

“From a nutrition standpoint,” Antonelli said, “if you’re distracted, you’re not focusing and enjoying, and the body’s not getting that full nourishment.” When first-year women eat in the dining hall, Antonelli finds that they often compare their meals to what other students are eating, even though all students have individual nutritional needs.

“Especially when you’re new and you’re looking at everybody else — guys don’t think that way — but girls will sit there and think, ‘Oh, I’ve got dessert on my tray and they never do,’” Antonelli said.

Over time, this comparison and eating-related anxiety can cause students to resent their body image. When students become insecure about their bodies, they can become preoccupied with negative thoughts, thus missing out on joyful college experiences.

“These are some great years of your life — to be a student at Notre Dame and not to be preoccupied with your body image and your weight and your calories and food and the scale,” Antonelli said.

Antonelli recommends that students come into the dining hall with a plan. That plan doesn’t need to be complicated. Often, Antonelli counsels students to simply eat more fruits and vegetables, eat in moderation and eat mindfully.

And despite all the nutritional challenges first-years face, they don’t have to face those challenges alone. Antonelli is happy to help.