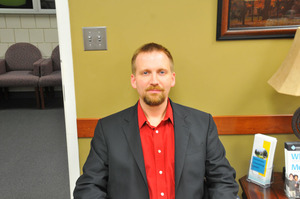 California has connections, internships, start-ups and, most importantly, jobs.

Although South Bend does not have a Google or Twitter headquarters like California, it does have a world-class department of computer science and engineering (CSE) at the University of Notre Dame. This department produces a plethora of capable students who may not be able to find a major-compatible study abroad option their junior year.

In order to remedy this lack of opportunity, the department of CSE developed the Notre Dame California program. This program recently debuted its “Silicon Valley Semester,” which is an immersive program for juniors with a CSE major that combines a study abroad experience with the practicality of work experience. For four months, students pair classwork with a full-time internship. In one semester, juniors will make connections in California and learn on-the-job training with the ultimate goal of a potential job offer in the future.

“The traditional study abroad programs in London and Rome are great, but this is a way for the ones who are a bit more technically minded to go out and still stay on task for their degree, while at the same time getting a longer intern experience than they could in the summer,” Associate Professor Aaron Striegel says.

The Silicon Valley semester consists of four classes with a simultaneous internship at one of currently 10 companies that are interested in the program. Professor Patrick Flynn, teaches a class called “Programming Paradigms” in California. The other three other classes include topics such as First Amendment rights and operating systems, and they are taught by professors located at Notre Dame. For these long-distance classes, the lectures are streamed using Zoom software, which allows students to interact with the teacher using a microphone and text.  Internships, on the other hand, range from industry giants like AT&T to smaller startups headed by venture capitalist and Notre Dame alums.

Future goals include opening up the program so more than just CSE majors can apply. Flynn, who is also the director of the program, says, “I hope it will become a series of California semesters, offered spring, fall and summer, which would offer coursework opportunities for every undergraduate and graduate major.”

The 10 members participating in the current program are living at Menlo College in Atherton, Calif., conveniently located between San Jose and San Francisco.

If the program goes well, however, future expansions would include locations in Los Angeles, Orange County, San Diego and the Bay Area, according to Flynn. Partnerships would also expand to include other universities, major companies, the Catholic Church, nonprofits and varying levels of the government.