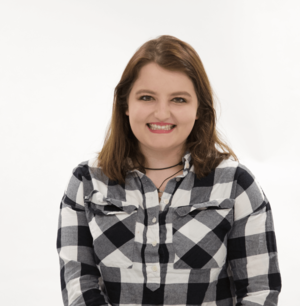 Every year Scholastic reviews the tickets running for student body president and vice president. We sit down and pore over the platforms these candidates have constructed over months of hard work and thoughtfulness. We attempt to understand who they are beyond their platform and then we debate who we think best represents the student body.

I look forward to this process every year. While at times it can be easy to become jaded about the effectiveness of student government, and, let’s be honest, government generally, there is something uplifting about the ambition and earnestness displayed by each of the pairs running for office this year.

Michael Dugan and Ricardo Pozas Garza provided compelling testimony on the Title IX process. Their passion for fighting for reform and for survivors was personally moving, as was their outward frustration toward the lack of administrative responsiveness to student demands.

Zachary Mercugliano and Gavriella Lund, relative newcomers to Notre Dame, are proof that Notre Dame is, for many, a place of pervasive belongingness and, of course, that ice cream candidates do prevail.

Nobel Patidar and Connor Patrick live out their belief that everyone here is family to them. Each element of their platform displays how strongly to heart they take that promise.

Sarah Galbenski and Rachel Ingal lead with the promise to fight for a better Notre Dame and end with a note of gratitude. Their determination provides a clear and defined voice for the ticket.

And as for Hank Bates and Tom Henry, I might still have a few questions before I’d endorse the “Dorm Baby Initiative” but I have to give them props for creativity.

In this select group, Scholastic collectively made the decision to endorse Connor Whittle and Jack Rotolo. While this decision was by no means an easy one, we felt strongly that this pair not only knows what they’re talking about, but they also have the experience and inroads to exact real change. They strike the perfect balance between feasibility and ambition, which likely arises from their time already working for the policies they hope to expand under their tenure.

In the time that I have worked for Scholastic, this is undoubtedly the strongest showing of candidates I’ve seen.