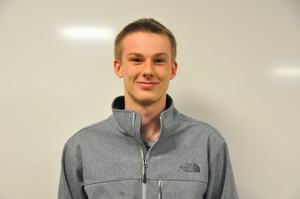 Coming off an appearance in the College Football Playoff with many key performers returning, the Notre Dame football team came into the season with high expectations. This was supposed to be the season that the Fighting Irish finally won a marquee matchup under Brian Kelly, returning to the College Football Playoff to show that Notre Dame is officially back as a force to be reckoned with.

It just didn’t end up going that way. But that doesn’t mean that the season was a failure by any means.

Ian Book returned with dark horse Heisman odds and finished the season strong. Chase Claypool finally had the breakout season everyone expected of him. Kyle Hamilton proved that he might be the best freshman defensive back in the country.

Despite nearly every analyst predicting a blowout, Notre Dame went into SEC country and nearly pulled off the upset against the Georgia Bulldogs. Irish fans were hopeful that the team had gotten over the big-game hump.

The defense was playing at an elite level, and the offense appeared to be clicking too. That all changed on a wet and cold October night in Ann Arbor, Michigan, when the Irish looked like they didn’t belong on the same field as the rival Wolverines.

But the team bounced back and that is something to be proud of. While the Irish couldn’t swing a College Football Playoff appearance this year, a blowout victory over an up-and-coming Iowa State program in the Camping World Bowl is nothing to be ashamed of.

Things are changing in South Bend and the future of Notre Dame football still appears to be bright. The Irish have regained a consistency that has not been seen since the 1980s. It has been a pleasure watching this season of Fighting Irish football.

We are proud to present this year’s annual Scholastic Football Review. We hope you enjoy.