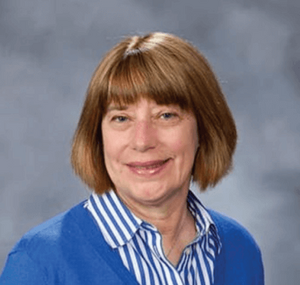 Over the course of a 25-year teaching career in Notre Dame’s department of Film, Television and Theatre (FTT), Karen Croake Heisler left an indelible mark on countless Notre Dame students and faculty.

Last month, Heisler lost her battle with cancer at the age of 67. She is remembered fondly by coworkers and former students alike.

Heisler first joined the Notre Dame faculty in 1993 as an adjunct professor while still working on the administrative staff for NBC’s South Bend affiliate, WNDU-TV. Back then, the department was still named Communications and Theatre. Heisler was one of the linchpins of the FTT department’s creation.

As an adjunct professor and later as a professional specialist, Heisler taught classes on the business of broadcast and cable television but is arguably most remembered for her beloved Sports & TV class. Additionally, Heisler served as the FTT Internship Coordinator, providing guidance and leadership to innumerable students as they embarked on their professional careers in television, sports and beyond. She was also a key contributor to Notre Dame’s “Strong of Heart” series, detailing notable stories within Notre Dame’s athletics programs.

Outside of Notre Dame, Heisler also spent time in the communications department at Saint Mary’s College and as a journalism instructor at Holy Cross College. Heisler graduated from Purdue University with a bachelor’s and master’s degree in communications.

The love and care Heisler had for her students was only exceeded by her distaste for poor grammar.

According to FTT associate professor Christine Becker, a colleague and friend, Heisler was as real as they come.

Karen Heisler had no patience for BS, and she could see through fakery like an X-ray machine. I adored that quality in her as a friend — she was a hoot to talk politics with especially — but it was most valuable in her capacity as a teacher. As FTT’s Internship Coordinator and instructor of the department’s very popular Sports & TV class for many years, Karen mentored countless students who would go on to careers in television, film, journalism and sports. And the only realm that could compete with politics on Karen’s BS meter was the media and entertainment industry. She could be hard on students, but she always had their best interests in mind. She knew that whatever they would confront in the industry would be far tougher than she could ever be, and if she could do anything to prepare them for that, then she was doing them a favor. And therein lies a fundamental point: Everyone who knew Karen Heisler was better for it.

For Mike Monaco, a 2015 graduate of Notre Dame and current play-by-play broadcaster for ESPN, Heisler provided him with invaluable experiences he won’t soon forget.

I didn't know a professor at Notre Dame who was more loved by her students than Karen. Her television classes were a favorite of so many students because of the way she taught, the dialogue and thoughtfulness she encouraged and, of course, her absolute disdain for poor grammar, which always provided some hilarious moments.

But in all seriousness, I couldn't have been luckier to have her as my advisor. When I got to Notre Dame, I planned to major in economics. That eventually changed to FTT, and at first, I felt a bit rudderless in the major. But when I asked if she'd be my advisor, it quickly felt like home.

Going into my senior year, she told me I should take a theater class. I'm pretty sure she knew wholeheartedly that taking a theater class is something I was terrified of, anything like that. I wasn't the most outgoing and comfortable in my own skin. But she knew I was pursuing a career as a sports broadcaster — go figure, right — and she thought a class in theatre would push me out of my comfort zone and help me be more comfortable on-air. Naturally, she couldn't have been more right. She believed in me always.

A few months after graduation, she went out of her way to recommend me to ESPN for a freelance, one-day position helping out with a SportsCenter show that would be coming to South Bend for the football game against Texas. It was a small thing to her, I'm sure, but one of the highlights for me of my time in South Bend. She never forgot her students, even after they'd graduated.

I'll always be grateful for Professor Heisler's friendship and guidance. Karen had the unenviable task of trying to coax effort and enthusiasm out of tired college kids. But it was a task she did not shy away from, despite the overwhelming odds stacked against her. She went bold with her tactics, including once promising an A on an assignment to anyone who worked a song or dance into their presentation. This led to me singing "Africa" by Toto while Brandon Newman wowed the room with an interpretive dance routine. In addition to going South Bend viral (and I still claim inspiring the marching band to play the song at games), that moment serves as a constant reminder that being yourself and putting yourself out there is almost always better than the alternative. That was the kind of environment she created for so many students lucky enough to learn from her. Her office door was always open. She held us accountable because she cared. She was a steadying force for all of us. I'll miss her a lot.

When Heisler retired from the university in 2019, the FTT department renamed the annual television studies award given to a graduating senior for exceptional work in television studies the FTT Karen Croake Heisler Television Studies Award, a fitting tribute to someone who left an immeasurable impact on the Notre Dame community.

Attached at the bottom of each of Heisler’s Notre Dame emails was a quote from Harper Lee’s 1960 Pulitzer Prize-winning novel “To Kill a Mockingbird.” It read:

“You never really understand a person until you consider things from his point of view … until you climb into his skin and walk around in it.” – Atticus Finch

It’s a testament to who Heisler was as a person: compassionate, thoughtful and kind-hearted. She will be dearly missed by all who knew and loved her.