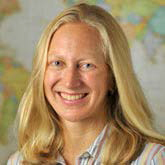 Nearly everyone at Notre Dame is familiar with the Ebola virus that ravaged West Africa only two and a half years ago, but no one is more closely associated with it than Dr. Catherine Bolten, Associate Professor in the Department of Anthropology. Dr. Bolten has worked in Sierra Leone since 2003, making connections with many people in the capital, Freetown, as well as within the University of Makeni. When the Ebola virus began spreading in Sierra Leone, she donated money to several charity organizations in West Africa, such as Doctors Without Borders. Her perspective changed in August of 2014 when a close friend of hers passed away due to Ebola, prompting her to put together her own comprehensive effort to combat Ebola. In total, her efforts have raised over $12,000 and saved thousands of lives.

One year later, what did you learn?

What I took away from it personally was that institutional efforts in the name of doing good in the world are wonderful. They can be extremely well organized and can do a lot of good in a short amount of time. What I found more interesting is how willing people were to respond to an individual’s cry for help. Me simply putting out an email saying, “One of my best friends has died from Ebola. I have to do something, will you help me?” garnered a much more impactful and immediate response to fight Ebola. Slogans don’t necessarily draw people into the immediate, personal anguish of those on the ground who are suffering. I was putting in time every day to help my friends, and I found that others were willing to do so as well.

Is a university ethically obligated to help in these situations? Additionally, are they obligated to provide monetary assistance to faculty taking time off to pursue this type of work?

I don’t think a university necessarily has a moral responsibility — its responsibility is to pursue knowledge in pursuit of good, but not to necessarily do good in itself. Notre Dame, however, is different, being a Catholic university with an explicit social justice mission. Notre Dame is more likely to “put its money where its mouth is” when it comes to issues that affect the poor and disproportionately affect those who have the least amount of ability to help themselves and defend themselves in a crisis. What I find especially interesting is that Notre Dame was not only willing to put its money towards the crisis but also that it had no travel ban in place. I could go to Sierra Leone and [Notre Dame] was perfectly happy funding my work there, when so many universities were actually banning their professors from traveling to West Africa. It speaks to me in a sort of larger — if very quiet and understated — willingness to engage in the difficult issues without making a big deal [of] the fact that it was sort of reacting to them. Other universities were pulling their programs, faculty and students out as a sort of knee-jerk reaction to what was going on. Notre Dame didn’t do that at all, and also quietly kept funding all of these efforts. To me, it’s a testament to Notre Dame clearly not trying to make a big production out of it. Notre Dame was not trying to do it for glory or press, but because it was the right thing to do. [Notre Dame] supported my funding in addition to its own. It even put out an issue of the faculty and staff newspaper highlighting that I was doing work on my own. This meant that the university was not jealous of its faculty doing its own efforts, but in fact lauds them and celebrates them.