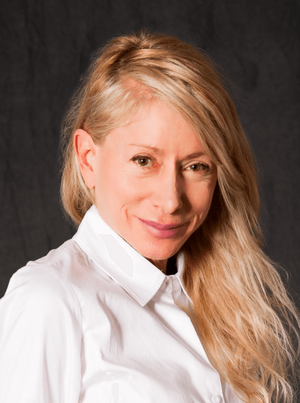 Deborah Arangno, Ph.D. is the mathematics program director and an associate professor of mathematics at Holy Cross College. Her research focuses on particle theory, cosmology, category theory, graph theory and mathematical philosophy. During her time as a graduate student at Emory University — and in all of her years since — she has taught a variety of subjects, including undergraduate mathematics, statistics and physical science. Before coming to Holy Cross College, Arangno taught at several schools, one of which, an international university, took her to Italy, the UK, Germany, Kosovo, Kuwait, Abu Dhabi and Afghanistan. She also worked as the  mathematician for the Directorate of Astrodynamics as well as on the Strategic Defense Initiative at the North American Aerospace Defense Command (NORAD). Her past and present research focuses on particle theory, cosmology, category theory, graph theory and mathematical philosophy. Arangno chose Holy Cross College for its Catholic and liberal arts background, as well as its tight-knit community of faculty and students. She hopes that during her time at Holy Cross she can establish mathematics as an important aspect of the school’s liberal arts education and help students realize their full potential.

Where does your passion for math come from?

“My Father was a mathematician and architect who worked in operations research for the Air Force. Surely, he has always been my greatest inspiration. My other heroes of mathematics have included Sir Isaac Newton, Euler and even Archimedes. And I was blessed to have had great mentors, from Peter Winkler at Emory, to Dave Brown and LeRoy Beasley at Utah State.”

Did you always know that math would be your calling?

“Actually, from the time I was a toddler and my father explained the atom to me, I intended to be a theoretical physicist and discover a ‘grand unified theory,’ or TOE (theory of everything). But it became increasingly evident that should a TOE be attainable, it would be through mathematics, as the universe is bound to mathematical principles.”

Why would you encourage students who have completed their math requirement to take higher level math courses? What would you tell people who argue that these courses, such as Calculus III, have no use to anyone in everyday life?

“Let me begin with an eloquent observation by Albert Einstein: ‘The most incomprehensible thing about the universe is that it is comprehensible.’ It is obvious to a Catholic that the universe was conceived in such a way as to be intelligible to human reason. The scientist testifies to this transcendental reality beyond the physical world — by relying on the assumption that there is indeed an order in the universe. Science itself relies on a fundamental faith, that the universe is rational: for if there were no order, science itself would be rendered moot. Indeed, the scientist unknowingly testifies to a faith in some intrinsic order and logic to the universe, in wonder at the symmetry and simplicity of its physical laws and awe at the complexity and beauty of the real world those laws govern. And to no one is this more clear than the mathematician. For whoever knows mathematics has begun to penetrate beyond the merely phenomenal, to discover a glimpse of noumenal creation, and reveal the intrinsic rationality of reality. Creation itself conforms to mathematical truths, and the physical world is governed by the rules and logic of mathematics. Said another way, there is a mathematical reality evidenced in the material world around us, inherent in everything, and there is the mathematics intrinsic to reasoning itself — our very capacity to perceive the mathematical reality around us. What better motivation to learn as much math as one can?!”