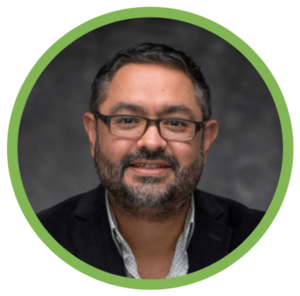 Jaime Pensado, associate professor of history, focuses his research on student activism in Mexico during the Cold War as well as the impact of the Cuban Revolution on liberal and conservative movements. His first book, “Rebel Mexico: Student Unrest and Authoritarian Political Culture During the Long Sixties,” was awarded the Mexico History Book Prize by the Conference on Latin American History. His upcoming book will focus on Catholic youth in Mexico and the ways in which their unique ethnic identities influenced their experience during the 1960s.

Notre Dame is sometimes considered ethnically homogenous. How has this environment influenced your research?

In many ways, this new project is a new take on the research I’m most familiar with. I think it’s no coincidence that I’ve done more research since I’ve been [at Notre Dame] on the ways in which the Church radicalized itself in Latin America in the context of the 1960s. This new set of questions that I’m looking at is shaped by what I’ve learned since I’ve been here. I’ve been at Notre Dame now for 10 years and I’ve come across many individuals who have travelled to Latin America as representatives not only of the university but also as representatives of the Church. Those people I’ve encountered — the students and the university itself — have shaped the research questions that I’m posing.

What does research look like in a historical field?

It requires going to the archives: digging through old boxes, looking for documents based on a set of questions you prepare. You read the literature and you realize, “I don’t quite agree with this interpretation of the past.” Or you realize that historians have yet to look at certain sectors of society simply because they weren’t interested in them. So I go to the archives with a “so what” question: what would happen if we looked at this other set of actors? Then you start going through primary sources and you realize, “Wow, there’s a rich history in these archives that never makes it to the secondary sources.” I find that so intriguing. But because I do such recent history — the 1960s — a lot of my actors are still alive. So, I end up interviewing a lot of people who I find in the sources who are willing to talk about their past. Then they become important actors in the stories I tell. Because that’s what we do as historians: we tell stories.