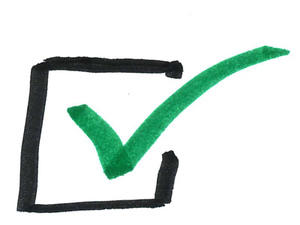 This year’s Notre Dame Student Government election is one of the most high profile and highly scrutinized elections on campus in quite some time.

Corey Robinson and Becca Blais were sanctioned on Jan. 29 when they were found guilty of breaking election rules, according to Judicial Council.

Section 17.1(d) reads, “Campaigning may be held only over a period specified by the Election Committee. Campaigning consists of any public contact for the solicitation of votes. Personal appearances, placement of posters, or distributions of any election materials is considered campaigning. Any campaigning before or after the specified period is a violation of campaign rules, the penalty for which may include a maximum penalty of forfeiture of candidacy … ”

The Election Committee temporarily suspended the Robinson-Blais ticket from campaigning until 12:00 a.m. on Feb. 2 because an interview was conducted with a media outlet prior to the official start of campaigning on Tuesday, Jan. 26 at 8:01 a.m. The interview was deemed to have fallen under the umbrella of campaigning activity.

The interview in question took place during the weekend immediately prior to Jan. 26. Robinson consulted Blais prior to conducting the interview.

Robinson was profiled in The Observer’s print edition Wednesday, Jan. 27, in an aticle that announced his candidacy for student body president. Additionally, WSBT released a story about Robinson’s campaign on Monday, Jan. 25 at 7:00 p.m., citing a report from The Observer.

Both Robinson and Blais say that they were aware that campaigning was restricted prior to Jan. 26. Robinson says he believes the interview conducted was football related. The ticket cites a “misunderstanding” in interpreting the constitution.

“We talked to a news outlet, a media outlet that weekend but we specified, look, don’t release it until Tuesday [Jan. 26],” Robinson says. “The problem was that we didn’t know that we couldn’t talk about it at all. It was miscommunication as far as the actual lettering, the interpretation of the constitution. By no means were our intentions fowl. We always want to uphold the constitution. We love the constitution. We had a misunderstanding. It was a little unfortunate.”

The ticket declined to comment on further details surrounding the matter.

“We can’t talk about it,” Blais says. “Yeah, due to the entire allegation process everything is confidential. Beyond what we said, we can’t comment too much on it.”

Prior to the presidential campaign, Blais served as the director of internal affairs for student government. Blais confirmed that duties of the role are to form and monitor the different rules of elections. Additionally, the director of internal affairs is a constitutional “expert,” according to Student Government President Bryan Ricketts. Blais says that she has a substantial knowledge of the constitution.

“I like to pride myself on that,” Blais says.

Blais says that a goal of the campaign is to highlight transparency throughout the constitutional review process and to minimize confusion related to specific sections.

“Making the whole entire thing more transparent. The constitution is 50 pages long. The election section, section 17, is waddling off on its own plus there are other little sections that are kind of snuck throughout the constitution that you also have to keep mind of, which shouldn’t be the case,” Blais says. “So making the entire process more transparent. Easier for students to understand and not get bogged down in.”

“After that [meeting], we had to go to the other tickets and say, look, we want it clean,” Robinson says. “We want to make sure that we respect each other’s ideas because we are all running…it’s not like we are running for ambition. We are doing this to help the university.”

“So we said let’s work together,” Robinson adds. “Work together as in, we understand that we are all fighting for the same cause. There’s no need for any sort of bad politician stuff. Just get it out right now. So that’s kind of what that GroupMe was all about.”

Blais added that the GroupMe was largely created to help the candidates navigate the precarious set of election rules and informally agree on how best to follow and interpret the constitution. One such constitutional grey area is the interpretation of rules related to endorsements of particular candidates by well-known students.

“We pretty much made that GroupMe as a way of saying if that stuff comes up, instead of going crazy about it we can just talk to each other about it,” Blais says. “Because we know each other. Some of us are friends here. We can be very civil. So that was the point of the GroupMe.”

A debate between all three tickets will be held on Feb. 8 and the election voting will take place on Feb. 10.