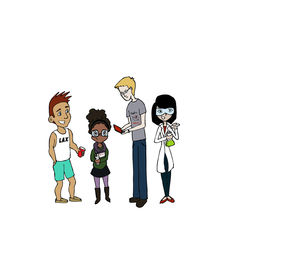 Breaking news from the front lines of the Great Irish War:

Chemical engineers have invented a new atomic weapon that threatens to destroy O’Shaughnessy, the headquarters of the College of Arts and Letters. Political Science majors have retaliated with propaganda against the Cheggs, which they have been distributing mainly to dining hall employees. Their strategy is to poison the dining hall employees’ impression of the Cheggs so the staff poisons the engineers. They are doing so mainly in the form of undercooked steak filets.

Economics majors are enforcing an embargo against Mendoza, banning anyone in the College of Arts and Letters from dancing with Business majors at FEVE. Business major morale has plummeted. Business majors have called upon their dual degree brothers and sisters to help them “procure some booty.” They have done so in vain, for the dual degrees declared them too vain. They have joined with Peace Studies instead, who have been huddling in the Huddle, eating Quaker oats and knitting blankets to distribute to refugees.

English and Music majors have teamed together to write a repertoire of victory marches for the College of Arts and Letters. The College has not yet won a battle, so they have not yet had the chance to employ any of their jolly tunes. Music majors are suffering from a lack of stage time, so they have started working on funeral dirges instead. Political Science majors are unhappy with this decision, as it reflected a lack of faith in the College of Arts and Letters.

As a result, music and English have split off to create an anti-war album. They can now be spotted in south quad, dancing amongst the imaginary daisies.

The College of Engineering has likewise suffered from internal turmoil: Environmental engineers called on their Civil friends to wage a civil war against the Mechanicals. Environmentals are mad at the MechE’s ever since they created 30-foot robots to crush their closest friends and worst enemies: the Science majors. Environmentals did not mind the death of the bio majors (who ruined the curve for everyone in Gen Chem), but they did mind the squashing of the trees. One shall not alter ecosystems.

Since the MechE’s bots were not programmed to minimize collateral damage (it didn’t count for extra credit), the machines have been destroying trees AND historical structures in their paths. History and Theology majors made an alliance with the Archies in order to preserve the Basilica’s stained glass windows. They have been frantically (but gingerly) transporting them to the basement of Bond, where the majority of Archies have lived since the beginning of the war (and the beginning of all time).

Computer science majors have been holed up in a CSWARM room for a fortnight. Rumor has it they are furiously coding, planning a mass cyber-attack to perform the most unimaginable kind of warfare: shutting down ND Crushes and tampering with all the Keurigs on campus. Spies contradict this theory, saying the computer science majors are actually playing League of Legends.

The anticipated (but unrealized) coffee attack has introduced the potential for unjustified, unlimited warfare. Are there no limits to what these colleges will do? Even the Greeks didn’t take Keurigs away from the Romans. They may have taken Helen, but they didn’t take EVERY potential Feve hookup. (Though Old College continues to support this measure).