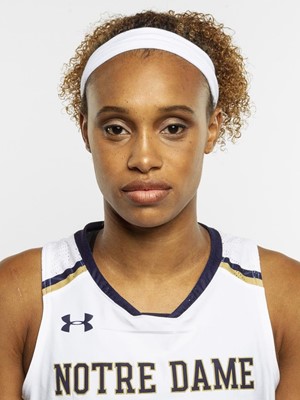 But what about the year she wasn’t?

Last year, when the Irish won the national championship in dramatic fashion, Turner was sidelined with a torn ACL.

The 6 foot 3 forward says she is back to 100 percent entering this season, following a very private recovery from the injury she suffered in the 2017 NCAA Tournament.

“I’m really just going to put my injuries in the back of my mind,” Turner said. “They’re over with, they’re done with, I’m cleared, so I’m just really looking to move forward right now.”

The women’s basketball team earned the unanimous No. 1 spot in the preseason rankings, as the Irish look to win back-to-back championships for the first time in program history.

This season, Notre Dame is the only team with all five starters, including Turner, on the Preseason Wooden Award Watch List. Turner will see the court for the first time since her junior campaign, during which she averaged 15.3 points and 7.1 rebounds. Her 2016-17 performance also earned Turner her second ACC Defensive Player of the Year and All- American honors.

The Texas native began her Notre Dame career as the ACC Freshman of the Year after leading the nation in field goal percentage (.652) in 2014- 15, becoming only the third freshman ever to do so.

She returned for her sophomore year to win ACC Player of the Year and All-American honors, even with a shoulder injury that forced her to miss six games. By the end of her sophomore season, she again led the ACC in field goal percentage (.593), as well as blocks per game (3.0).

In addition to her storied career at Notre Dame, Turner is a five-time gold medalist with USA Basketball, and she wants to continue representing her country on the court.

“It’s awesome playing for Team USA,” she said. “You’re just meeting different people from across the country that you wouldn’t normally get to play against, and the coaching staff they also have you play for is amazing as well.”

Although she enjoys those opportunities, she is currently focused on her final season with Notre Dame, and she continues to be happy with her recovery from her ACL tear.

“I just think I need to continue doing what I’m doing, stay strong in the weight room, stay healthy of course and just really stay focused,” she said. Like the rest of this Irish team, Turner is eager to begin another national championship campaign. Her goal with her team this year is simple: “To be the best, to be successful, to be on top."