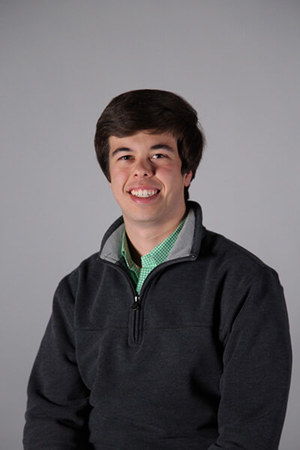 It is truly fitting that our first issue as a new staff — and our final edition of the school year — commemorates such a legacy of success at Notre Dame.

In just eight days, the Fighting Irish won two national championships in fencing and women’s basketball. Just a few days later, the hockey team closed out a remarkable inaugural season in the Big Ten by reaching the national championship game for the second time in program history.

The campus community recognizes the newest recipient of the annual Laetare award and sends off one of its own Holy Cross priests to begin a doctoral program at Cambridge in England.

The graduating class of 2018 features some of Notre Dame’s most talented writers and creative minds, many of whom have tirelessly dedicated themselves to Scholastic over the last four years. Their guidance and inspiration have been invaluable and I am proud to have learned from them and their tremendous work.

As they say goodbye to the staff and to Notre Dame, their efforts have not gone unnoticed. For the second consecutive year, Scholastic was named the News Magazine of the Year by the Indiana Collegiate Press Association.

Their final efforts in this time-honored publication present to you the annual edition of Sarcastic. While none of the content should be taken seriously or personally, their humorous take on the events of past year allow us all to take a step back as we truly appreciate our lives at this beautiful place.

Scholastic recently celebrated its 150th anniversary and, as I begin my time as Scholastic’s editor-in-chief, I look forward to bringing the story of life at Notre Dame to all of you.