After working for the U.S. Centers for Disease Control and Prevention (CDC) for 20 years, Dr. David Addiss felt there was something missing in the conversations he was having with his colleagues.

He argues that there is largely a “conspiracy of silence” among health professionals when it comes to the motives and meaning behind their work. Interested in the role of compassion in global health, Addiss spent years looking into the way discussions of compassion are sometimes avoided in daily practice.

“People typically go into global health from a sense of vocation or compassion, but once in the field they find that no one really speaks about compassion or the inner life,” Addiss, who is now the Director for an organization called Children Without Worms, says.

“I think what Ebola shows to everyone is the importance of public health, how interconnected we are,” Addiss says. “It’s raised a lot of fears and shown those fears in high definition, and it’s also provided heroic examples of compassion. The core values of global health and the issues they raise are kind of on display for everyone at the moment.”

One of those values, Addiss says, is health equity for all, meaning every person has the right to adequate health care. He says there can sometimes be a conflict between civil defense and compassionate outreach.

At the CDC in 2011, Addiss says for a short period of time a much larger focus was placed on civil defense than was typical, due to widespread fear of bioterrorism.

“I’m not against civil defense, but the principles of global health are healthy equity for all. When a third of the organization’s budget is directed toward defense, to protecting us from them, it shifts the fundamental core values in ways that are not always seen and are kind of insidious,” Addiss says. “I think there is a need for people in global health to say that we are committed to something more inclusive than that.”

Catherine Bolton, Ph.D., an assistant professor of anthropology and peace studies, says the United States has led all other countries in its response to Ebola, while the European Union and China have lagged behind.

The U.S. announced it would send 3,000 military personnel to help train healthcare workers and build clinics on Sept. 16. Bolton says that if the international community had responded in July, however, much more suffering could have been avoided.

Bolton began working in Sierra Leone in 2003. Since that time, she’s formed relationships with Sierra Leoneans who have become “like family.”

In a purely grassroots campaign, she began contacting her colleagues at Notre Dame asking if they would be willing to donate to help her friends in Sierra Leone. In seven weeks, Bolton raised $12,000 in donations from friends and colleagues to send to Sierra Leone for rice, clean bedding, survivor kits, water and other necessities.

“I spend a lot of my time trying to educate people here about the wonderful people with wonderful lives who have endured more than any human should have to endure going through these unimaginable crises, and yet they still soldier on and care for each other,” she says. 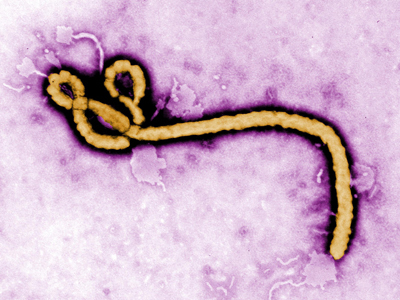 Bolton says that the disease seems to be waning in Guinea and Liberia, but that in Sierra Leone it’s going to get worse before it gets better.

Though the United States government has been leading responses to the outbreak, Bolton says coverage from the U.S. media leaves much to be desired.

“I think the way Africa as a whole is treated in the media feeds into a lack of compassion,” Bolton says. “To focus disproportionately on the two nurses, the doctor in the U.S. is to essentially say that African lives don’t matter. The media’s response to the cases that have occurred in the U.S. is xenophobic.”

Katherine Taylor, Ph.D., Director of Operations at Eck Institute for Global Health, believes the coverage from the media may differ from the attitudes of the  public.

“The media has reflected a fear response in the United States,” Taylor says. “I’m sure that across the U.S. population there is a spectrum of responses that are not reflected by the media. Our government is mounting a response to stop the epidemic in West Africa. One can argue whether this is a humanitarian response or based on the understanding that controlling the epidemic in West Africa will prevent its spread to other countries including our own. I suspect it is both.”

Taylor has helped mount the Eck Institute’s own response. A group within the Eck Institute, with help from the Initiative for Global Development and the Ford Family Program, began a campaign called “ND Unite to Fight Ebola,” which has raised $24,000 so far.

The Hospital Missions Outreach is also coordinating use of the funds with Yassah Lavelah. A native-Liberian, Lavelah came to Notre Dame last summer as part of President Obama’s Young African Leaders Initiative to participate in the Mandela Washington Fellowship. She is now working in Liberia as a field supervisor for Doctors Without Borders focusing on the Ebola outbreak.

“I think compassion should play a huge role in global health and the response to the Ebola outbreak,” Taylor says. “...The emergence of Ebola in three countries with extremely weak health systems has highlighted the extreme vulnerability of populations to emerging outbreaks in the face of fragile, inadequate health systems. There are many motivations for seeking to reduce health inequities, however, the most fundamental must be that every life has value.”

In her blog post on “ND Unite to Fight Ebola” web site, Lavelah laments the late response from the international community.

She writes, “We were hopeful that supplies were going to come, we were convinced that the world couldn’t sit by and watch us die and do nothing. Sadly, I am beginning to feel that way. This crisis was preventable, but no one seemed to care when we had the window of opportunity. The blood of our children, women, doctors and nurses was not enough to awaken the conscience of the world. Not until two white American doctors got infected in July, not until the world realized that ebola could show up on their shores.”

For better or worse, the compassion of the international community have been on full display since the first case of Ebola was discovered.

“We will get through this and history will judge all of us,” Lavelah continues. “...I will look at another Ebola patient tomorrow and try to smile because of the efforts of my family at the University of Notre Dame. It is time for a reality check, we will get through this, but we will need all the help we can get.”