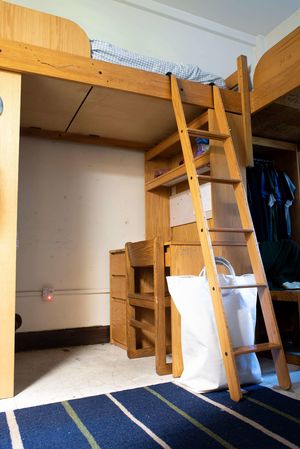 Male dorms have historically dominated the party scene at Notre Dame. This etiquette is so ingrained within school social culture that it becomes tacit knowledge almost instantaneously upon arrival. The double standard it promotes — along with an environment where women are dependent on men — has raised some concerns among students. However, in light of revisions to the residential life policy, the administration is attempting to reimagine a universal student experience.

As students convened in their first dorm section meetings, they were met with a new, explicit rule: “Parties are welcome in all residence halls on Friday and Saturday evenings,” Dunne Hall rector Rev. Matt Kuczora, C.S.C., said. The simple articulation of this policy marked a change in administration attitude toward parties. The university policy is tackling the issue from the bottom up, starting with changing the language around the subject.

“One of the first things I remember them telling us,” Ryan Hall resident assistant Grace Seibert said, “was that the term ‘social gathering’ is dead. The reality is that they’re parties, so we’re going to call them parties.”

The rules for inspection have also been tweaked; loud music, within reason, is no longer a valid reason for an RA to knock on a resident’s door. “Staff may need to knock and enter a room if people coming out of a party are intoxicated as evidenced by not being able to care for oneself (i.e. unable to walk, slurred speech, individuals vomiting, etc.),” Kuczora said.

These changes, although seemingly minor, are significant because they approach and seek to rectify the foundation of party culture. Already, there has been a noticeable difference: “I’ve really loved seeing more women in Ryan on weekend nights. Women are able to take back their spaces ... and socialize in their own home,” Seibert said.

A large challenge of on-campus living is striking a balance between living and working. Because for most students the dorm serves the dual purpose of study environment and leisure area, it can become difficult to compartmentalize the different facets of student life. According to Director of Residential Life Margaret Morgan, “The university has stated that a student’s residential experience is just as crucial to their education as their academics ... and we are proud to provide that experience to our students.”

Despite its purported universality, it seems that the policy has not manifested within all communities in the same way. Sophomore Elsa Barron was initially very excited about the new policy, but became disheartened when hall staff shut down a party in her room — a party that she described as “relatively tame” — and took photos of the IDs of all in attendance. Although her experience is not ubiquitous, it reveals that many disparities in dorm culture still exist. “A lot more can happen in a male dorm before questions are asked,” Barron said.

As for male dorms, “Things will remain more or less the same,” Sam Clarin, an RA in O’Neill Family Hall, said. “The big word is ‘consistency.’ During hall staff training, they stressed consistent enforcement of the rules across all dorms. So far, it’s been going well in O’Neill.”

While the university’s official stance on parties has changed, the culture must now follow. “When residents host parties, simply keeping in mind the impact they have on neighbors and the hall in general is an overall guiding principle,” Kuczora said. One of the fundamental goals of the Department of Residential Life is to ensure that all students have an equally safe and enriching experiencing while living on campus, and the new policy makes the first strides toward achieving this.