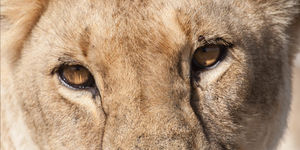 Richard Sheehan would rather be a seagull.

On the Serengeti plains of Africa, in the jungles of Southeast Asia and on the streets of South Bend, Sheehan, Ph.D., a professor of economics at Notre Dame, prefers to blend in with his surroundings and disappear into the landscape to ensure that he gets the most genuine photos possible.

Photography has always been a passion of his, but it wasn’t until he had finished defending his dissertation in economics that he purchased his first high-quality camera and lens as a gift to himself. His passion for economics and photography have many similarities. Sheehan’s love of learning and observation drive his thirst for knowledge of both the animal kingdom and changing market rates.

“In college I was always asking, ‘What is this good for?’, which is the last thing you’d want to ask when learning about math. However, I learned that I always wanted to find out more, and I found that economics gives you these tools to structure a problem and go deeper. It gives you a procedure for organizing your thoughts, like calculus, and it provides a framework from which to explore,” Sheehan says.

Photography provides a similar tool, with which Sheehan can delve into an environment and observe and learn about the behavioral actions of animals all over the world.

His favorite animals to photograph are orangutans and elephants because of the unique way they communicate and interact with one another. Orangutans learn by watching, elephants learn by trumpeting and growling with their stomachs. These small details go mostly unseen by humans, but Sheehan pushes himself to always look for the most unique photo possible.

“When I travel, I want to see gerunds; I want to see things in action, like running, jumping, climbing and eating. It shows so much more than just, ‘This is a tiger’ or ‘This is a lion.’ I want to see what other people don’t. I’ve even had family members who have traveled with me look at my photos afterwards and ask, ‘Was I on the same trip as you?’”

His breathtaking photos and commitment to photography have garnered the attention of many professional photographers internationally. He has been named a BBC Wildlife Photographer of the Year finalist three years in a row.

Yet, when asked by his peers if he would ever consider making photography a full-time profession, he adamantly says no.

“Making photography a career would mean that it would be work,” Sheehan says. “I like to take photos for me, and I like to have the freedom of waiting around for six hours practically alone for the shots I want. Sometimes you get the peanuts, sometimes you get the shells, but patience is something best endured alone.”

Photography has provided a formidable challenge to Sheehan, who constantly has to overcome obstacles of time, weather and animal behavior to capture the right photo. Even though he has been a professor at Notre Dame since 1987, he constantly faces challenges and new learning opportunities in this aspect of his life. He always wants to consider things from a new perspective, which pushes him to be a better professor and photographer.

“Sometimes we need to think like animals to learn about things we don’t even ever consider. It’s a question of understanding—sometimes I think, what must animals think of us? They must wonder why we can’t behave better.”