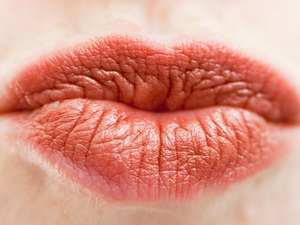 Why did McKinsey & Co. undertake this project?

The client, John Doe, a junior from Alumni, contracted McKinsey & Co. to develop a strategy to improve his love life after deleting Tinder due to an unfortunate mismatch with his sister’s roommate. The client currently has some concerns about the breadth of willing participants, however. According to the client, ideal improvement would consist of the following:

It should be noted that Mr. Doe is heavily influenced both by the digital monitor in Mendoza and Cam Newton, “in that order” [sic]. He is currently a Finance (client pronounces this as FUH-NAHNCE) major in the Mendoza College of Business (client refers to this as “MenBroza”) and specializes in iPhone photography for girls at pregames. While he claims that he does not necessarily want a Ring By Spring, Mr. Doe has stated that “it might be something to look towards because I heard the Basilica wait list is currently at five years and my Dad Bod can’t be maintained for that long.”

Increase the client’s net kissing rate by 45% by the end of Spring Semester 2016. Current rate is at a steady 0% excluding “that one weird incident during the Sign of Peace.”

Despite working with the client for two months, we have seen limited success. As a result, we decided to conduct extensive research to better understand the client’s romantic history.  Due to lack of substantial data, we instead

In order for Mr. Doe to become an eligible bachelor, several challenges need to be overcome. Mr. Doe has been found to be inconsistent or ineffective in his communications, resulting in lonely nights at Taco Bell and deflections of amorous advances. The client has also frequently used key terms such as “lip high-fives” and “Hillary Clinton” when engaging in romantic dialogue with females at concerts in Legends. Though not a specialized term, it should be noted that the client frequently refers to his single in Alumni as the “Boner Cave” despite the fact that it has only been used for FIFA marathons and six-hour Netflix binges during the observed period.

It is important to highlight that Mr. Doe has had at least one successful relationship with a female. This relationship was terminated after said female left for a spiritual journey “to find herself” in the London Study Abroad program. When interviewed for our case study, we asked why the relationship ended. She stated, “Was it really the end? Or was it just the beginning?” Mr. Doe would also like to highlight that she was a Philosophy major from BP and should be vehemently avoided.

The McKinsey team has suggested that the client integrate the use of dining hall dates into his approach, recognizing resource limitations and the need for broad alignment. Unfortunately, this was met with a forwarded email from Mr. Doe containing screenshots of Kanye West’s recent tweets and was summarily dismissed.

The team also attempted to coach Mr. Doe in order to better manage his priorities — encouraging him to spend less time wondering whether or not spooning constitutes as a Notre Dame hookup and more time engaging in conversation with actual females. Since the client insists that hooking up and marriage are “literally the only options,” we additionally provided Mr. Doe with a number of suggestions regarding performance technique. These include suggestions as simple as: having a casual coffee date at Starbucks in order to decide whether or not Mr. Doe wants to further pursue said date and retiring his beer goggles as a method of active social engagement. We believe that these methods will establish an authentic style of interaction and build a healthy relationship in which common interests may even be shared. Although it may not always result in romance, a cost-benefit analysis has proven that initial investment in developing such non-romantic significant, serious relationships could lead to long-lasting friendships and perhaps even enjoyable company. This behavioral shift would be significant improvement from the client’s current status of perpetual loneliness.

The McKinsey team sees potential for the client, but has been unable to convince him to implement any of our solutions. As such, we arrive at the conclusion that Mr. Doe will forever wake up alone in the “Boner Cave,” using pickup lines stolen from the Keenan Revue. At least until Commencement 2017.