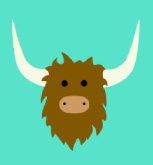 Yik Yak, an anonymous social media app that acts as a hyperlocal virtual bulletin board, has swept across Notre Dame’s campus.

The app allows users to post anonymous messages that can be viewed by anyone inside a 1.5 mile radius. Content is user-curated ­— posts, called “yaks,” and can be up or down voted on the live feed; these votes control how long the post is viewable to others.

Launched in 2013, the app has spread nationwide and has become especially popular on college campuses. Posts began popping up at Notre Dame in large numbers this semester.

Unlike Twitter, Yik Yak allows anyone with a smartphone to see what Notre Dame students are talking about and contribute his or her own content. There is no need to “follow” other users; posts are tied only to GPS location.

Notre Dame even has its own “peek” location on the app — this means anyone with the app can read (but not post on) the Notre Dame feed from anywhere in the world. Likewise, Notre Dame students can see what students at other schools are posting.

Yaks range from jokes to sports banter to controversial comments. Since Yaks can’t be traced to their author, users are free to say whatever they want, which makes for a lively and uncensored campus chatroom.

Since its inception, the app has stirred widespread controversy. Because young people can say whatever they want to a wide audience with impunity, many critics have dubbed Yik Yak an app that promotes bullying. There have also been several recorded cases of violent threats. Norwich University in Vermont blocked Yik Yak from its servers, citing the app’s negative influence on students.

The Notre Dame Yik Yak community, however, remains fairly positive and vigilantly self-regulatory. The app itself has become an ever-growing medium with which students spread information and communicate with one another, and it doesn’t appear to be slowing down anytime soon.

Yik Yak can be downloaded to any smartphone on the App Store, Google Play or the Android Market.