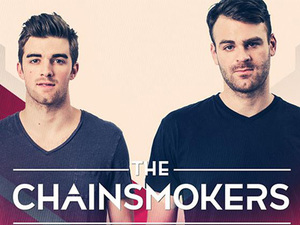 Three months ago, Notre Dame students scrambled to enter their pins, quickly press submit and breathe a sigh of relief. No, the students were not rushing to register for a class, but racing to win a concert.

At 11:00 AM on Nov. 4, dreams of smooth EDM and flashing strobes seemed to come to fruition, when 853 fans earned Notre Dame a spot as a stop on the world’s first-ever, fan-sourced tour — featuring the popular DJ duo The Chainsmokers, made up of Andrew Taggart and Alex Pall, and presented by Tilt, an app used to collect money from groups.

By noon on Jan. 29, those dreams had shattered.

On the eve of the concert, a university official notified representation of Tilt and The Chainsmokers that, because the contract between Notre Dame and the group had remained unsigned, the contract was terminated, the concert cancelled.

With less than 36 hours before the scheduled concert time, Tilt had no other viable options for staging the show in the South Bend area, according to a member of the team. Less than two days is not enough time to secure a venue up to the production standards of internationally renowned artists.

Tilt issued an explanation shortly after news of the cancellation broke.

“As of yesterday, we were in the final stage of working through the venue contract with the University, but due to circumstances beyond our control, we unfortunately could not come to an agreement,” the statement says.

“We made every attempt to deliver an on-campus concert to the students of Notre Dame. We had concerns about the nature of the contract proposed by the University, but were in the process of working through them,” Nettleman says.  “In the end, the University ended the negotiation, pulling the plug on the contract and the show.”

Due to this disagreement over contractual provisions, the highly anticipated night became an unfulfilled promise to the student body.

For weeks, ticket-holders murmured about the secrecy of the crowd-sourced concert. Little to no information had been released about the time or venue of the show. The only proof of The Chainsmokers’ intention to perform for ND was a nondescript notation on the artists’ website and the $25 fee that appeared on 853 credit card statements.

With the release of the Tilt statement at 4:00 PM Friday, the ticket-holders’ greatest fear had come true.

After the news broke, campus buzzed with whispers about the University’s reasons for pulling the plug on the concert.

“Notre Dame was prepared to host the event Saturday night at the Stepan Center,” Brown says, “until the group refused to agree to a provision in our standard entertainment contract.”

Brown called this provision “a non-negotiable stipulation,” and says it is standard for all university entertainment contracts, with safety of all parties as a priority.

“It has been agreed to by all other groups that have performed here,” Brown adds. “The refusal by The Chainsmokers and/or their agents to agree led to the termination of the contract.”

According to representation of The Chainsmokers, the statement did not explain the full story.

The Chainsmokers camp found out last week that the production group had signed an agreement with Notre Dame, without their knowledge.

This created a tight window for the representation to review and agree to the Notre Dame contract.

“We reviewed the language set forth by the school and made amendments to seven out of the 18 provisions,” the representative says. “Again, let me reiterate that, seven out of 18 not the one clause called out by ND. We executed this contract with markups and returned it [on Jan. 27].”

The school rejected the revisions the next day.

“We made countless attempts within the short window of time we had, as did the producers Night Vision Entertainment/TILT to find mutually agreeable language,” the representative says.

In the end, there was not enough time to reach a deal, and the show had to be cancelled.

Representatives of both The Chainsmokers and of Tilt maintain the claim that this is not the end.  According to Nettleman, “something epic” is coming to South Bend.

It will just have to come later than everyone expected.