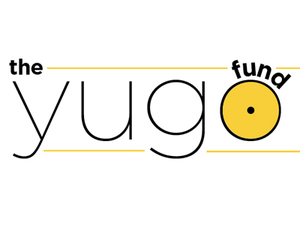 Yugo, a crowd funding service for nonprofit organizations founded by current and former Notre Dame students, offers a unique platform for organizations to both raise funds and measure and share the true impact of their work.

Its model is simple: Yugo raises money for nonprofits and helps them measure the effect of the money they raise, then shares those results with the donors. The process drives nonprofits to achieve sustainable results and encourages people to support organizations that support positive change.

All team members contribute to Yugo outside of their time as students or full-time employees.

Yugo first partners with nonprofits to help them raise money through an online fundraising campaign, but a key component of its work is the subsequent measurement of that funding’s impact. The measurement process, performed by the nonprofits and then validated by Yugo, is based on what Schoemann calls “randomized control trials.”

Yugo uses this comparative process to measure the systemic, big-picture goals of its partner nonprofits, rather than a simple measurement of output.

“So if the ‘medicine’ is a more efficient cook stove, we would not necessarily be measuring how frequently a woman cooks on it six to nine months later,” Schoemann says. “We would actually be measuring her respiratory health versus her neighbor, who doesn’t own the cook stoves.”

“There’s a social reason for why [the organizations] are selling these products or building these systems, and it usually doesn’t directly relate to output,” Schoemann says. “That’s what we’re after.”

“[Cama Fina] takes the donation money and donates it to microfinance banks, and then they use the interest they earn on those loans to fund a maternal clinic,” Schoemann says. “It’s a sustainable way of funding maternal clinics.”

Yugo set an initial fundraising goal of $10,000, but even if Yugo does not meet this goal, the donations will be impactful, Schoemann says.

“We’ve been able to break down with Cama Fina that, if we get over $5,000, what are you able to do with that?” Schoemann says. “Because they were the most flexible in that regard, that enabled us to have confidence that, if we missed our goal, we would be able to move forward with them and still have it be meaningful.”

Fundraising campaigns with two other Nicaraguan organizations —an agricultural technology nonprofit called EOS International and an entrepreneurship program called the Enlace Project — lie on the horizon for Yugo.

“Hopefully right after the Cama Fina [project] ends, we will be launching up another one,” Schoemann says. “From there, we’ll move into the measurement set-up phase in the summer.”

Things have come a long way for Yugo since Schoemann and Elkin formulated the idea just over a year ago, in October 2013.

“Yegor and I were on an SIBC (Student International Business Council) trip in China that was related to more high finance, but the whole time we were there, we were tinkering with an idea of how you could use a crowd funding model to do good,” Schoemann says.

Upon returning to campus, the two students entered their fledgling project into the McCloskey Business Plan Competition.

“We made it through the first two rounds and did not make the final cut, but the Fellow Irish Social Hub (FISH) took some interest in us,” Schoemann says. “When they did that, we decided that we would actually follow through and start.”

Backed by FISH, a Notre Dame organization that connects nonprofit entrepreneurs with sources of financial and professional capital, Yugo officially began in late spring of 2014.

Schoemann emphasizes the role Notre Dame has played in Yugo’s development not only logistically, but also ideologically.

“Everybody on the team would probably agree — Notre Dame has been everything in terms of their own personal development and their own development as people who want to fight the world’s fight,” Schoemann says.

“Without Notre Dame, I don’t think this ever becomes a reality. I don’t even think it’s necessarily an interest of mine,” he says.

With additional partnerships in the works and donations coming in, Schoemann is hopeful for Yugo’s future.

“As far as it is sustainable and manageable for us, I think the goal is to keep working on it,” Schoemann says. “If that involves relocation or if that involves taking it up full time, that’d be pretty cool for us.”