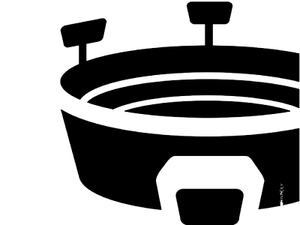 "Welcome to Notre Dame!” In many ways, this is the catch phrase of the Notre Dame ushers. Any person, student and visitor alike, who walks through the gates on a football gameday is greeted with these words. The Notre Dame ushers work tirelessly to make sure the various events on campus run smoothly. Their work is often unsung, but it is indispensable and done because Notre Dame holds a special place in their hearts.

This is the secret life of the Notre Dame usher.

During the past year alone, the Notre Dame ushers collectively worked 96,964 man hours. To put it in perspective, that’s 4,040 days, or 11 years! While the ushers are most noticeable at football games and sporting events, they also facilitate and manage approximately 140 other events on campus per month. The ushers work during games, move-in weekend, commencement and special events such as Fr. Hesburgh’s funeral last February. The task force of 850 workers from 22 different states works out of a small and unassuming office in the Joyce Athletic and Convocation Center.

The usher corps is headed by Jim Smith, a veteran usher of 21 years. Smith began as a parking lot usher in 1994 and has enjoyed special, usher-related opportunities since then.

While many of the ushers are paid employees, 350 (close to half) are volunteers. When asked about what they like most about their job, each of the ushers interviewed said that being part of the Notre Dame experience and getting to interact with people are the best parts of their jobs.

“Just being a part of the whole experience. I think that’s my favorite part. People come here and it’s such an amazing place. All of the little things we do. Being able to make it a positive experience for everyone involved,” Chad Harms, the only Notre Dame faculty member currently part of the usher corps, says.

Harms joined the corps when he began teaching at Notre Dame in 2010 and has enjoyed the different perspective that being an usher gives him.

“As an usher you don’t often get to watch the game, but you feel the game,” Harms says.

Donna Major has a slightly different story than most ushers. As one of the first women to join the program, Major faced challenges from a few of her male colleagues when she started in 1997, a year after the program was first opened to women.

“I was told it was a men’s club and that was that,” Major says. Fortunately, thanks to the efforts of Major and other women like her, the ushers program has become much more open and welcoming towards women.

The number of women has increased since 1996, and the program now has women in almost every position in the program, according to Major and Smith. Major herself is now Smith’s “second in command” and helps coordinate the whole program. “It’s like a big family; I just love it!” Smith says.

The ushers interviewed emphasized that they do their jobs because they love people and they love the Notre Dame experience. Each of them tries to demonstrate a welcoming spirit and atmosphere of inclusiveness to everyone who comes to campus.
When asked what he wants students to know about the ushers, Smith chuckles and says, “We aren’t trying to be the fun police. We’re here to make sure everyone has a safe, enjoyable experience while they’re here.”

So, students of Notre Dame, the next time you see an usher, be sure to give them a smile and perhaps thank them for all of their work. Notre Dame football games remain such a unique and positive experience by virtue of their efforts and their love for the university.