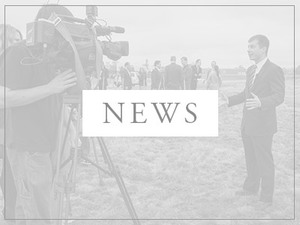 “It is really important for me to be there to help our people,” Sister Bernadette Nicolas, the director of the Sanatorium de Signuenau in Haiti, said in a presentation on Nov. 30. In the presentation, Sister Bernadette joined with students from Father Streit’s Common Human Diseases class in a discussion of her work on tuberculosis and AIDS.

A member of the Congregation of Little Sisters of St. Therese of the Child Jesus, Sister Bernadette starts her day by visiting her patients. She ensures they have food and a balanced diet, checks if they need to see a doctor, and educates them about the diseases. Sister Bernadette must do much of the work herself due to a lack of hospital staff.

“We don’t have enough personnel to care for the people. I have to do many things,” she said.

Sister Bernadette said another difficult part of her job is seeing adults in their late teens and early twenties die from diseases because they come to the hospital too late. These people partly delay going to the hospital due to the social stigma against those with tuberculosis and AIDS.

While her work is challenging, Sister Bernadette remembers the successes as well.

One of her most memorable patients in particular was a man who spent most of his money on voodoo doctors and came to the hospital when he had nothing left. He was cured at the hospital and provided his testimony to others.

Before Sister Bernadette joined the sanatorium staff permanently in 2014, she cared for the Haitian people who suffer from disease. Other members of her order — which includes about 170 sisters — work in education, healthcare, agriculture, and religious education in Haiti.

Students from Father Streit’s class prefaced the discussion with presentations on tuberculosis, HIV and AIDS, and the U.S. government’s global health programs to educate the audience with background knowledge on the topic.