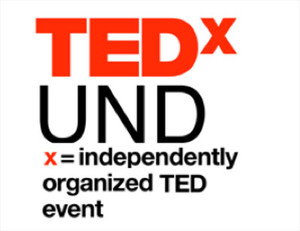 “Are you ready to be part of something bigger?” The famous opening line of TED talks echoed across the room of the Decio Mainstage Theatre on Feb. 27. It marked the start of TEDxUND 2015, described at tedx2015.nd.edu as a place where “the world’s leaders, thinkers and doers congregate to share what they are most passionate about.”

The TEDxUND event is an independently organized event through Notre Dame, which recruits students, faculty and community members to share their passions. The speeches ranged from “What if ‘Thank You’ Were More Than Two Trite Words” to “Counter Radicalism of Youth” to “What if We Remade the Liberty Bell?” all centered around the theme of “what if?”.

Notre Dame students had to enter a raffle to win tickets to one of two sessions.  Molly Knapp, a freshman political science and spanish major, attended the second session of the TEDxUND 2015 talks. Like so many other fans of TED talks, she wanted to attend the conference because she was inspired and touched by speeches she saw online.

“I think there is something special about being a member in the live audience,” Knapp says. “You get to connect with the speakers and experience firsthand their enthusiasm and devotion to the topics they speak about.”

One of the goals of TED talks is to promote an open-minded and new way of thinking. Notre Dame’s talks met this goal with a range of engaging topics.

The talk by alumnae Katie Mattie, ‘14, “What If Iron Man Was a Woman?” struck a chord when she expressed the importance of encouraging children to express their passions, despite society’s label of certain activities as boyish or girlish.  “What if A City Has to Rethink its Past to Understand its Future,” Mayor Pete Buttigieg’s speech, argued that reflections on the past and innovation for the future can and should coincide.

The 2015 TEDxUND Talks at Notre Dame had a great variety of presenters, but as Knapp says, “I really enjoyed hearing from undergraduate students because it is encouraging to see my peers exposing themselves in such a raw way in order to teach others or bring the things that are close to their hearts to light.”

Knapp thinks the talks are beneficial and says all students should consider attending or even presenting in these conferences.  “[TED Talks] offer a unique venue for learning,” Knapp says. “They provide fresh perspectives on common ideas.  TED Talks cause you to think in ways you might never have before.”