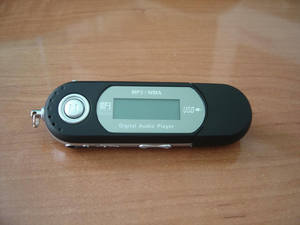 In the April 15, 1999 issue of Scholastic, Heather Hogan wrote about the recent rise of MP3 player usage on campus, especially in regard to the party scene. Gone were the bothersome days of covering computers with garbage bags to protect them. Hogan mentions that Bill Kuder, a junior in Zahm Hall, would “set up so that the computer [was] in one room, and the speakers [were] stretched into the ‘party room.’” Hired DJs and CDs were becoming less common while this new way to play music was quickly taking over. It was the more obvious, cost-effective choice for college students, especially with the rise in the cost of CDs and the decrease in the cost of computers. Party planning was officially brought to a “new level.”

MP3 players were rising in popularity, but concerns of legality also rose. Similar to today, the issue of illegally downloading music had little effect on the popularity of MP3 players.

While the popularity of MP3 players has since declined, the concept that they brought about has hardly changed. Rather, it has evolved from separating the computer from the “party room” to only needing an aux cord or a Bluetooth connection to play whatever music one desires.

Despite the rise of MP3 players in the late 1990s and claims that CDs would never be bought again, CDs are still here two decades later. With older items — such as vinyl records — making a comeback, CDs may have another chance to regain their place in the spotlight. They’ll probably never be able to take back, however, what portable music players took from them.